On the recommendation of Neil Kerr and others, and with some trepidation, we entered our 1934 Lion 600 outfit for this year’s Colombres Rally in October. How would we manage those mountain roads in the company of much more current machinery?

Early on the Saturday morning we rode from our B&B on Hayling Island to the Portsmouth ferry.  All went well until, about half way between Santander and Colombres on Sunday afternoon we unexpectedly ran out of  petrol. A (fortunately downhill) freewheel to a garage we had just passed was quickly followed by the discovery that the banjo at the end of the float chamber arm was in 2 pieces.  The flatbed that eventually turned up looked as if it needed as much roadside assistance as we did but it got us to our hotel where we were overwhelmed with help from the organisers and other participants.  However it soon became apparent that we would have to arrange for a new float chamber to be shipped out before we could motor again. The blessing was that if this had happened 50 miles earlier we would not have got on the boat and if 50 miles later we would have been in the mountains.

Monday was spent on the phone  to those nice people in Salisbury and the bowl promised by Tuesday evening. To my great surprise I was offered the loan of a 500cc four cylinder 1970s Benelli by the chairman of Moto Club Indianos for the Tuesday ride. We were staying at his hotel (also on Neil’s advice) and he had already been very helpful. The bowl had arrived by the time I returned on the Tuesday but it had the wrong fuel pipe union. Once more, fellow participants, including those who had brought vans full of tools and spares, came to the rescue. It is amazing what can be achieved with Araldite and a hair dryer. The blessing in disguise was that with the new float chamber the full-throttle performance was even more reliable than before, and we were in for plenty of that.

For the rest of the week we enjoyed wonderful rides along the spectacular coast and in the even more spectacular mountains. The Sunbeam behaved perfectly, pulling well in fourth gear on all but the very steepest bits of road at speeds between 20 and 40 MPH. The only heart-in-mouth moments were on tight downhill right-hand bends, where use of the front brake required extreme caution with the sidecar.  Lunch stops were in beautiful locations where tables had been set up, grills lit, and drinks laid on. Our longest day, Thursday, was 150 miles on roads from sea level to 4,500 ft, with a giant paella feast in Colombres in the evening. We copped out of the 300 mile mountain challenge on the Friday and went sightseeing in the historic centre of Sintillana. 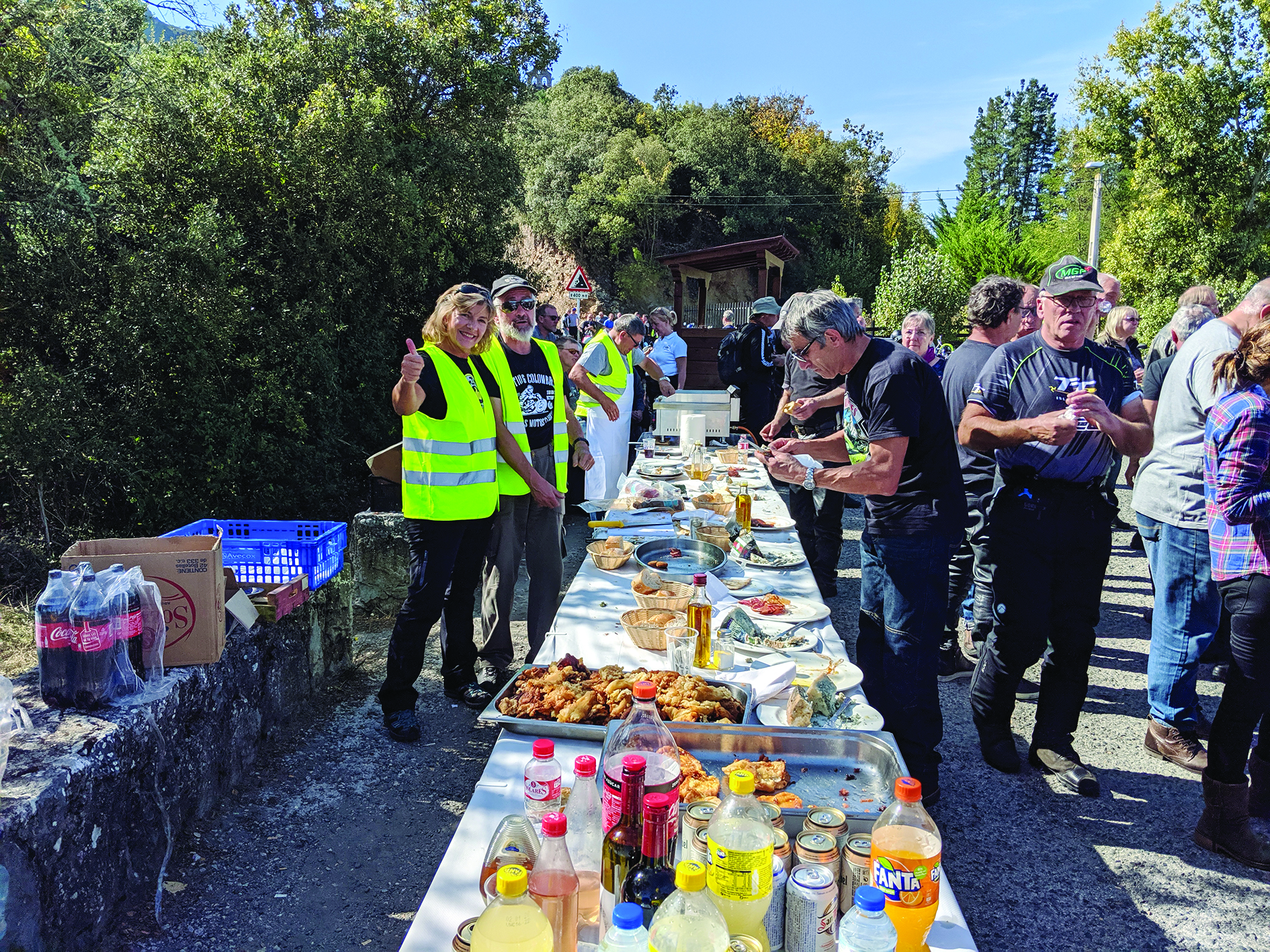 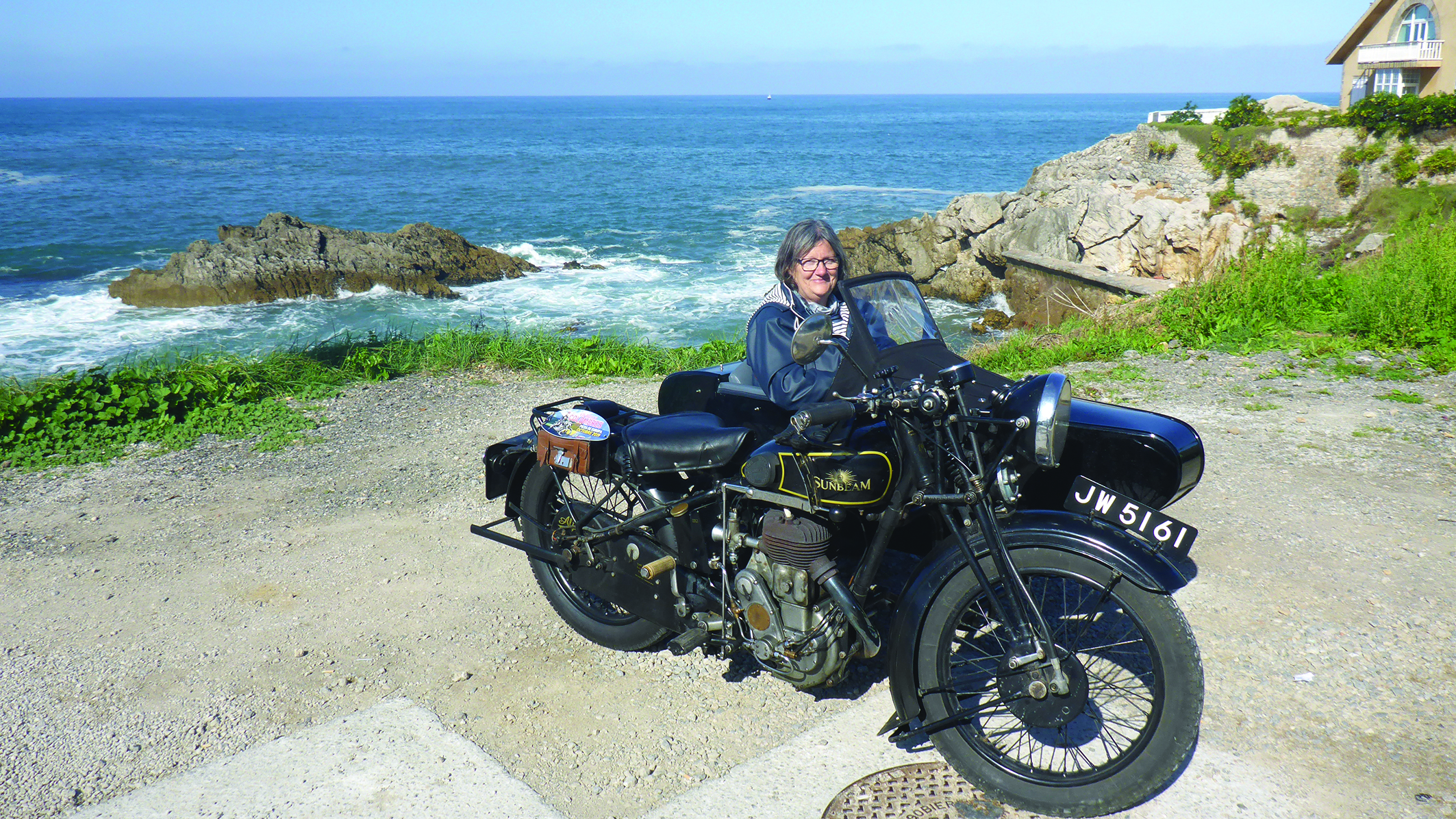 On the Saturday all participating machines returned from a shorter run and were parked around the main square, with food and drink stalls, and the rest of the town was solid with parked motorcycles for the sprint hillclimb event along the Bustio to Colombres road. Because of ferry problems we had to return a day early but the Sunday run was in the direction of Santander so we simply went on after the usual splendid lunch stop.

Coming off the ferry after dark on the Monday night the electrics started to play up so we abandoned the bike in a pub car park and got a taxi to our B&B. Once we had recovered from that undignified ending we concluded that the week had been a wonderful experience, with good company and wonderful scenery and roads, and that the bike had for most of the week performed above our expectations. Apart from one or two vintage bikes that showed up for the final weekend we were on the oldest machine on the rally, the only one with a hand gear-change and the only outfit. This was the 8th Colombres Rally in its present form and earlier events did, we were told, have more pre-war entries.

We are considering doing this event again some time so if you are tempted, do get in touch. 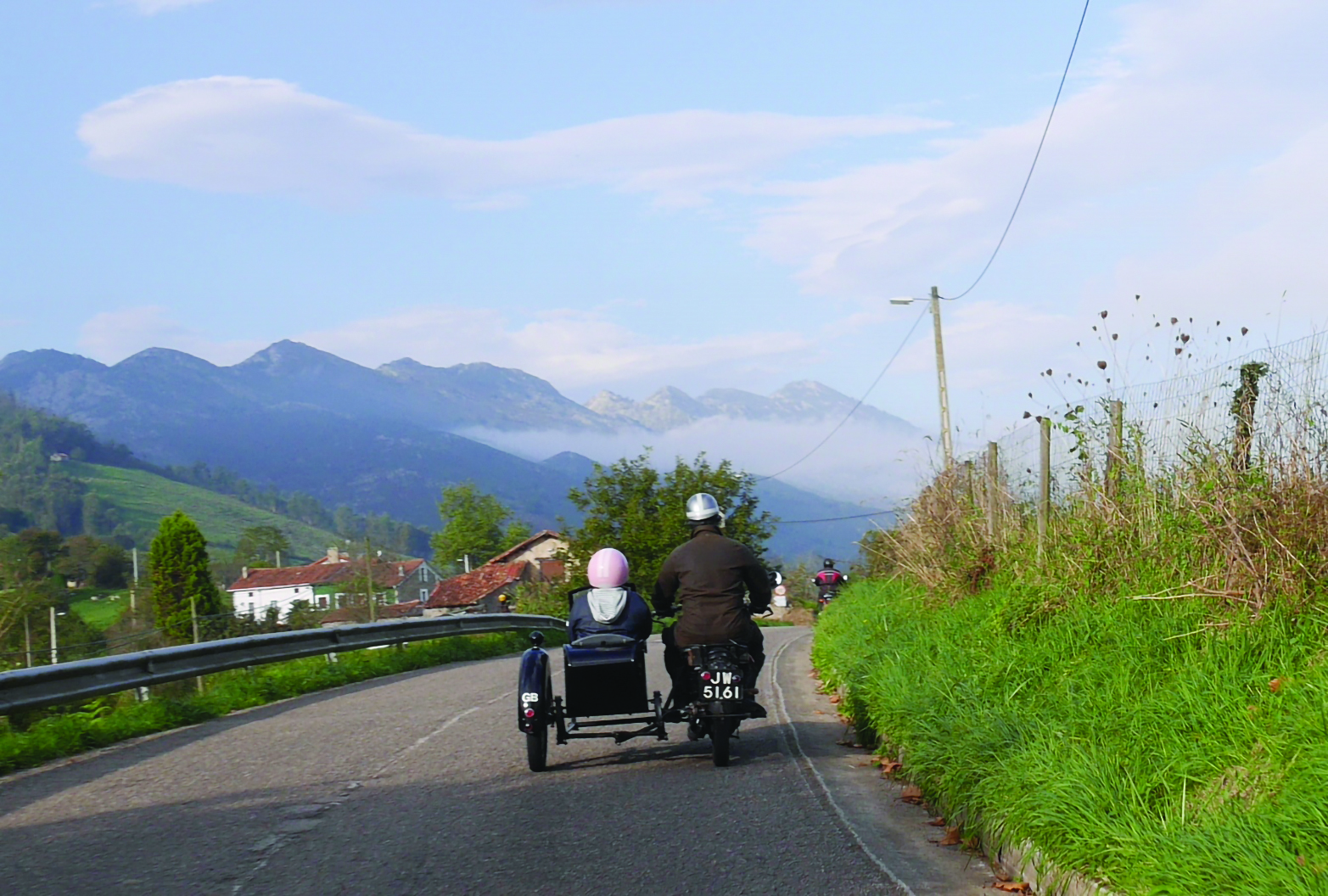 The official TVAM discussion group for women members. In September we finally started to get some runs going that I […]

Changing the framework of your mind! Elspeth Beard, you may have come to see her at the TVAM Seminar on […]

How much does a modern motorcycle cost? As with perennial questions regarding the length of a piece of string, the […]