What a trip! It all started with an email earlier in the year from Alan Mossman, informing us of an upcoming trip in September to the Picos de Europa in Northern Spain. We have been on a handful of trips with the bike in in the past couple of years but this particularly appealed to me as we would be in one hotel for the five days. We did some research on the area and immediately got in touch with Sue Kennedy who signed us up. We were amazed at how reasonable it was too. I had some reservations about the ferry trip as the Bay of Biscay has a reputation for being a little choppy at times, however, we had pretty smooth crossings both ways.

On the day of departure, Ian and I set off after lunch and took the usual scenic route via the Meon Valley and meandered down to Portsmouth. We arrived in plenty of time and met up with the rest of the group – 17 in total with 15 bikes and one car. Many of the group were seasoned ‘Raiders’, whereas this was our first experience. I was initially disappointed as I was the only pillion, but Kate, the owner of that lovely Mazda, did also ride two up.

There were a lot of bikes on the ferry and it took a while to get them loaded and strapped down. Then it was time to settle into our surprisingly spacious cabin and explore the decks. Sue had booked us all into the ’a la carte’ restaurant that evening and we had a lovely buffet meal which also proved a great opportunity to get to know our fellow Raiders. It felt more like a cruise liner, with some of the older guests dressing up for dinner.

After a restless night’s sleep and a day at sea, we arrived at Santander about an hour later than scheduled as dusk was falling. Sue informed us that, ideally, we should be through the gorge before dark. No one had mentioned a gorge…in the dark! We made haste to reach our hotel, the Hotel Infantado. Not the usual venue for this trip, but I was very impressed with the rooms, food and location – just over 1 kilometre from Potes itself. Once again, Sue did a magnificent job of booking a table for dinner in the hotel restaurant for us all that evening.

We awoke to a fairly chilly, cloudy morning but the view from the room was fabulous. We were looking forward to our first Picos ride out and we were not disappointed. The area itself was absolutely stunning – breathtaking views wherever we went. I cannot count how many times I said, “wow”. At one point, we stopped at a beautiful village which clung to the side of a cliff. It was like something out of a fairy tale, complete with pretty waterfall which cascaded into a ‘blue grotto’ on the opposite side of the road. It was hard to imagine that this was Spain, being more used to the ‘Costas’.

Day two was as equally brilliant, although somewhat different, to that of the previous day. There were numerous reservoirs, dams and fabulous open, twisty roads. We felt a slight disappointment on reaching a view point to find it still shrouded in cloud but, as we meandered back down the mountain, the clouds soon dispersed, revealing the views beyond.

I decided to take a rest on day 3 as being pillion takes a toll on my back. Plus, I thought Ian would enjoy the ride more without my weight on the bike, as well as some peace and quiet with the earpiece switched off. I watched the group depart and, after a coffee on the terrace, I noticed the hotel staff were busy preparing for a wedding. I wandered into Potes and took in the sights and the shops in this very pretty little town. As I walked back, an elderly Spanish man spoke to me and said, “Que calida?” (“Isn’t it hot?”). I replied that it was very hot (in Spanish) and felt pleased with myself. My spanish is a bit rusty, but it did come in handy on occasion (although I have since forgotten the word for brake fluid). I decided to make up my own baguette (bocadillo) and took it back to hotel. By the time I got back, the wedding guests were starting to arrive, so to keep out of the way I headed for the pool with my ‘picnic’ and book. I had the whole place to myself. Bliss!

Sometime later, the rest of our group began to return and I was eager to hear of their day’s riding. They had seen lots more gorgeous scenery and pretty little mountain villages, by all accounts. Although I felt a little disappointed to have missed that, I was glad to have had the opportunity to explore Potes, which was equally picturesque, with its stunning mountain backdrop, its pretty river with arched bridges, and its cobbled backstreets.

Sunday was a ‘rest’ day for everyone to do what they wanted. Steve and Kate persuaded me to brave the cable car and I didn’t regret it. The views were spectacular. There were some very brave goats on the top too. Ian and I then decided to check out the gorge we’d ridden through in near darkness upon our arrival. It was pretty impressive and I hadn’t realised how long it was either.

I was really sad to leave the Picos and have taken away some very fond memories of the rides, scenery and especially the people in our group. What a great bunch of guys and gals! We had some real laughs along the way – the multi-coloured gins contributed! It was also our 30th anniversary during the trip.

A great big ‘thank you’ to Sue for her magnificent organisation, Steve and Kate Warren for great ride leading, and Salli for leading and back marking, particularly for the ride back to Santander via that fabulous coastal route. Thanks also to the rest of the 2016 raiders for making it so memorable: Tony and Simon (what a couple!), Julian, Steve S, Chris, Sid, Issy, Kelly, Ray (aka Kelly’s Dad), Mike, Andy and last but certainly not least, thanks to Ian for putting up with me on the back of the bike (note to self: keep the volume down when shouting through the earpiece), and for his patience with me not quite mastering the art of packing lightly – although I’m getting better at it!

Sue, please sign us up for the next one, preferably in 2017 though, as I can’t wait 2 years! I hope you decide to use the Hotel Infantado again too. It was in a great location and had good facilities. Anyway, we have a few more gins to try out. Oh and Tony – don’t forget your torch!

Roll on the next Raid! 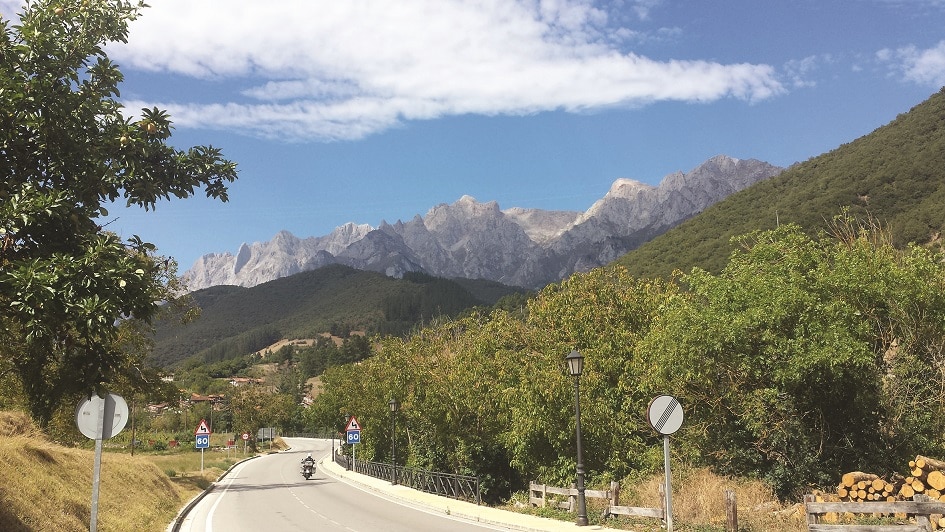 Julie Colville (pillion for the moment)

Changing the framework of your mind! Elspeth Beard, you may have come to see her at the TVAM Seminar on […]

This will be my last column for 2015 and where has the year gone? You may have noticed that the […]