This month we have Oliver King, one of our RideUp candidates, and his shiny red Yamaha. 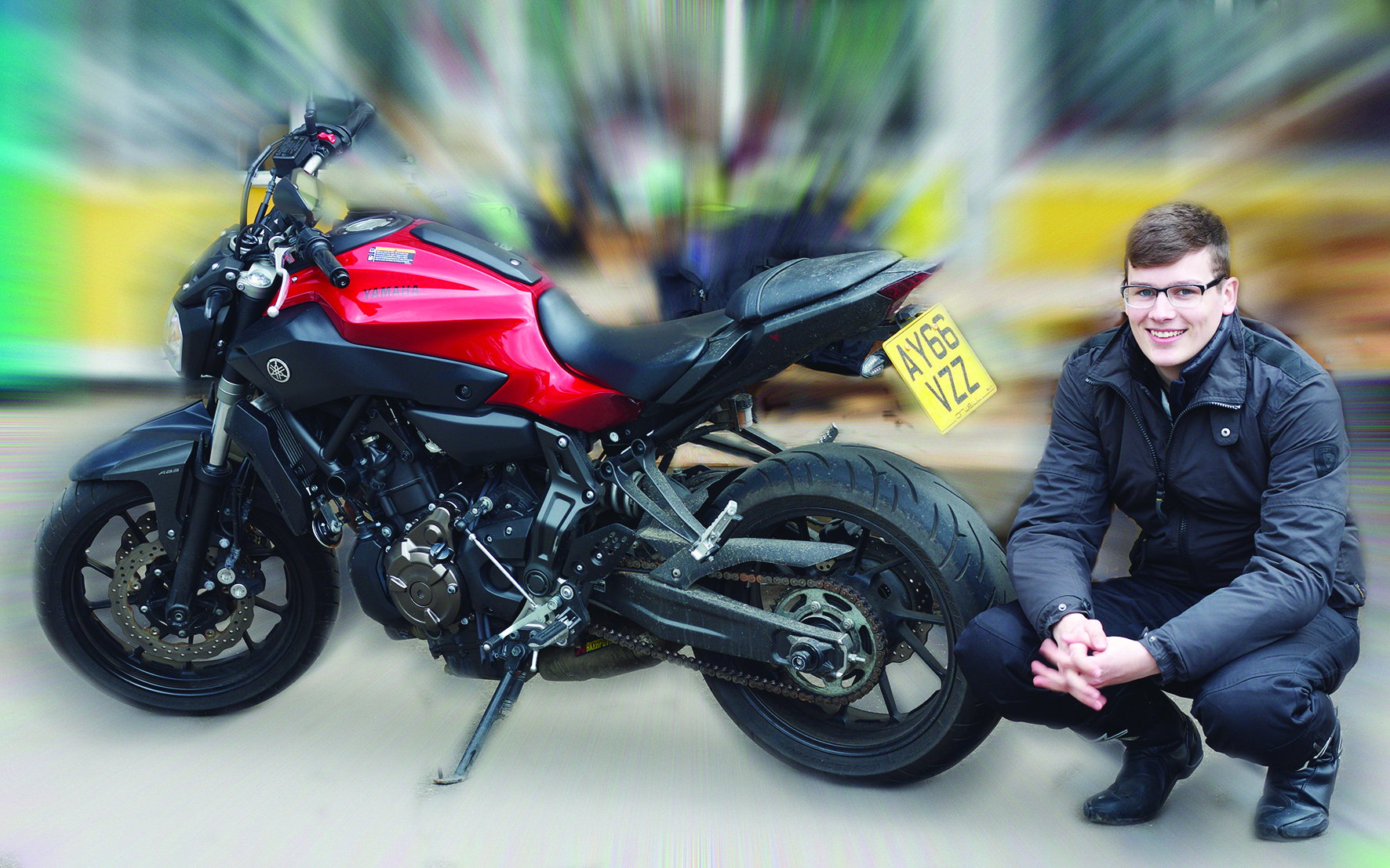 So Oliver, what make and model of bike are we looking at here?

And how long have you had this bike?

Was this purchased new then?

Yes, brand new. I bought it through Yamaha finance, over three years, my first bike

And what made you choose that particular bike?

For a start, the size was quite a big thing. I’ve sat on larger bikes and always hated the weight of them, and so I chose that one because of weight and size. And secondly because it was less expensive than a lot of other bikes, like your Street Triple for example, which I did look at. I also looked at a KTM 390 but I went with Yamaha for reliability as well, it’s a good name. And it looked awesome!

Why did you decide to go new rather than used?

Mainly because of the finance. I couldn’t put six grand up front in one big bulk payment, and it would’ve taken me about two years to build up that amount of cash to put down on a first bike. I know I’m going to have it for a long time, so I thought if I’m going to be the first owner, all the mods I put on it will be mine.

So you weren’t tempted to look at something like a ten-year-old SV650, for example? Because you could probably get one of those for £2k…

No, I wasn’t tempted. I did look at second-hand bikes, but I thought, it’s my first bike, and I love the cool bikes that are coming out at the moment, and I didn’t want some knackered old thing. I’d probably buy a second-hand car, but a bike is my own, this one’s always been mine, all the things I’ve put on it are for me. No one else has done anything, they’re all my miles.

So which dealer did you pick this Yamaha up from?

There’s one in Ipswich called Orwell Motorcycles, they’re a Suzuki, Kawasaki, and Yamaha dealership. They do loads of bikes, but there is a dealer in Bury St Edmunds, which is actually where I live, who also sell Yamahas, but the customer service was awful. I was immediately put off and drove to Ipswich and bought a bike from Orwell instead. It’s the same bike, same offer, it’s just they were much friendlier, so I bought from them.

That’s a strong incentive to prioritise the customer service if there ever was one!

You talked about making modifications to your bike, what have you done so far?

The first thing I did was add the LED indicators, to be brighter. I put them on the finance with the bike, and the dealer stuck them on before I got it. I changed the coloured side panels on the front mudguard, they used to be red, I changed those to be black so it’s just the tank that is red. Then I added the Akropovic exhaust, which completely changes it. I went straight home and pulled the baffle out and started it up. I immediately regretted the decision but couldn’t figure out how to put the baffle back in, so I just carried on! I’m glad I kept it out in the end, but going from a stock exhaust to an Akropovic with the baffle out was quite a big jump, so…

You may want to dig that one out for when MOT time comes!

Have you got any further modifications planned for the future?

A radiator guard, I’d quite like to get one to protect the radiator.

How come, why do you feel it needs protecting?

There’s a lot of grit in it, it’s a pain to clean it. Also talking to the guys here, lots of them say a radiator guard is a good idea, because it can get damaged quite easily. And then, a windscreen.

I take it you’re planning on doing some longer distance trips on it then?

Yeah, heading to Belgium with an Austrian friend who’s got a KTM, a 690 Supermoto. So I need to kit it out with touring bits rather than street stuff.  A windscreen is probably what I need for sixty-plus miles an hour.

Is there anything in particular you don’t like about your new bike?

I don’t like the pipes that run from the water pump to the radiator, because they corrode really quickly. It’s not even a year old and they’re really quite damaged. It comes with the price really but I know it’s a problem that Yamaha will fix for free under warranty. The dealer told me about it and recommended things like ACF50. I was riding it all through winter, even through the snow, and that’s probably why it’s started corroding. But that’s probably the only thing that’s bugged me.

And you say your dealer’s already agreed to replace those pipes under warranty?

Yes. They say it’s a known problem with the MT-07, and those pipes in particular. Often they’ll paint them for you, just part of the dealership service rather than direct from Yamaha. They said otherwise you’ll just keep coming back wanting them replaced.

But other than that you’re pleased with your choice so far?

Absolutely. It’s a first bike. I’ve ridden two other bikes; a 50cc supermoto which was awful, and the bike I learned on for my test, so I don’t have much to compare it to.

No plans to change it any time soon then? 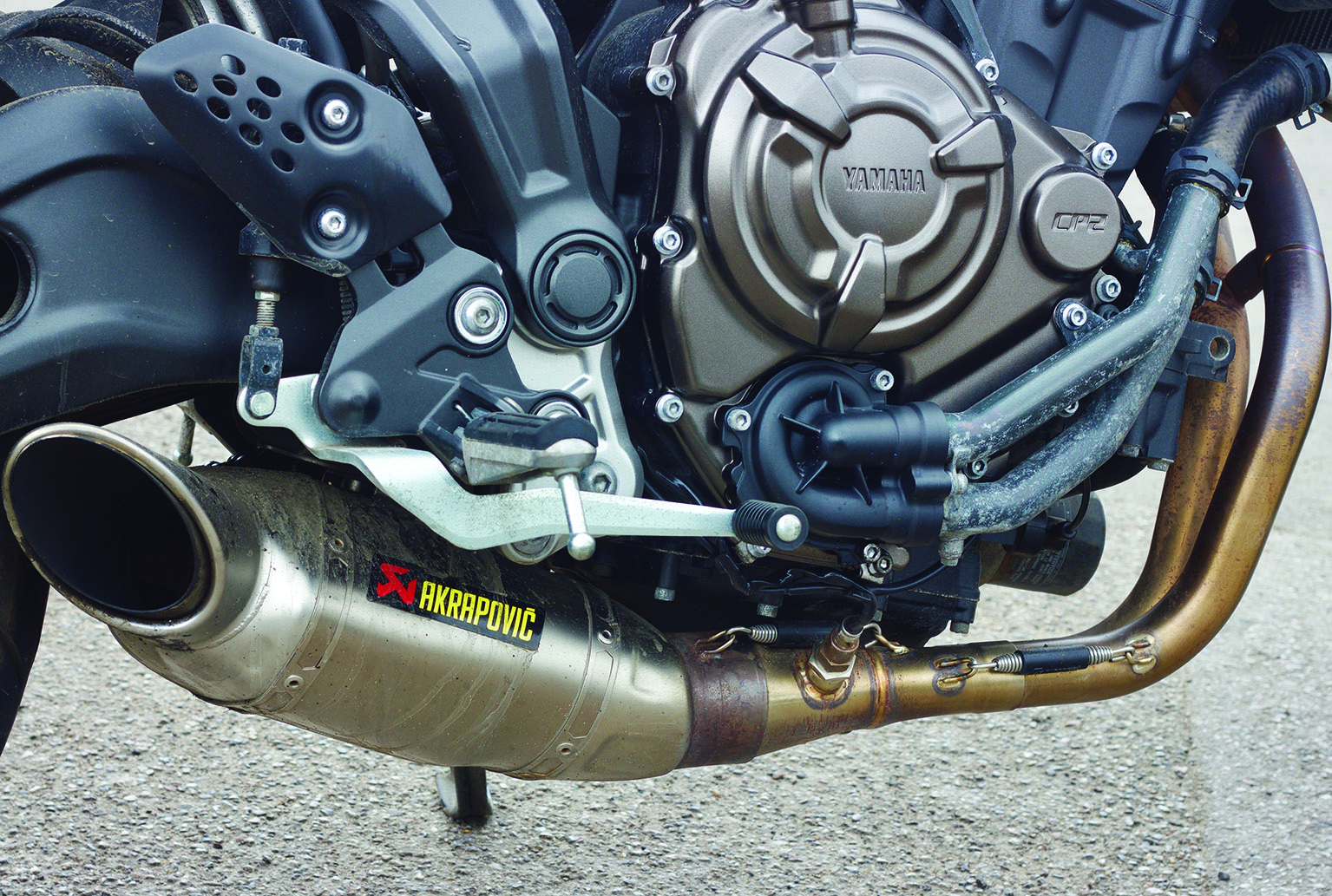 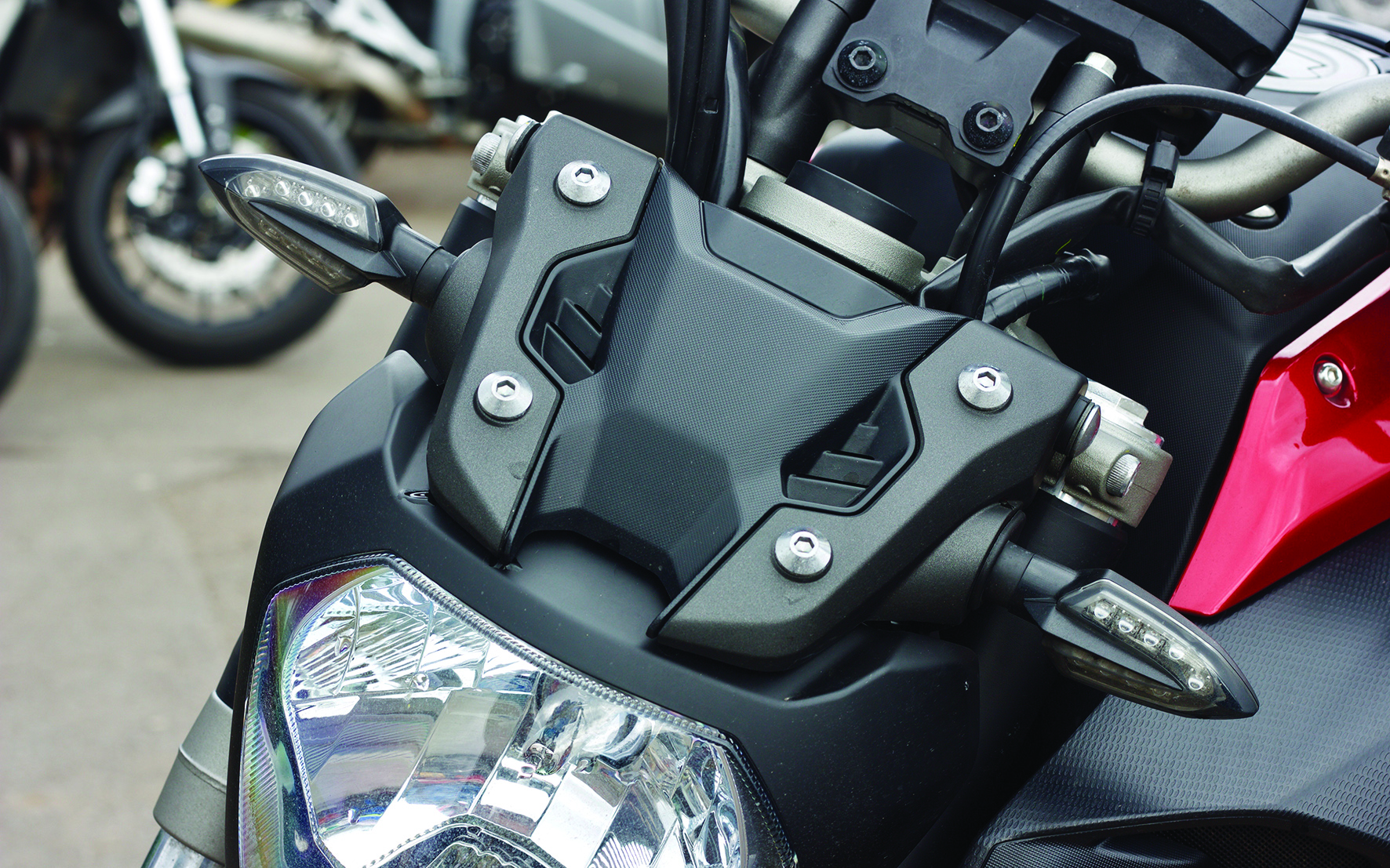 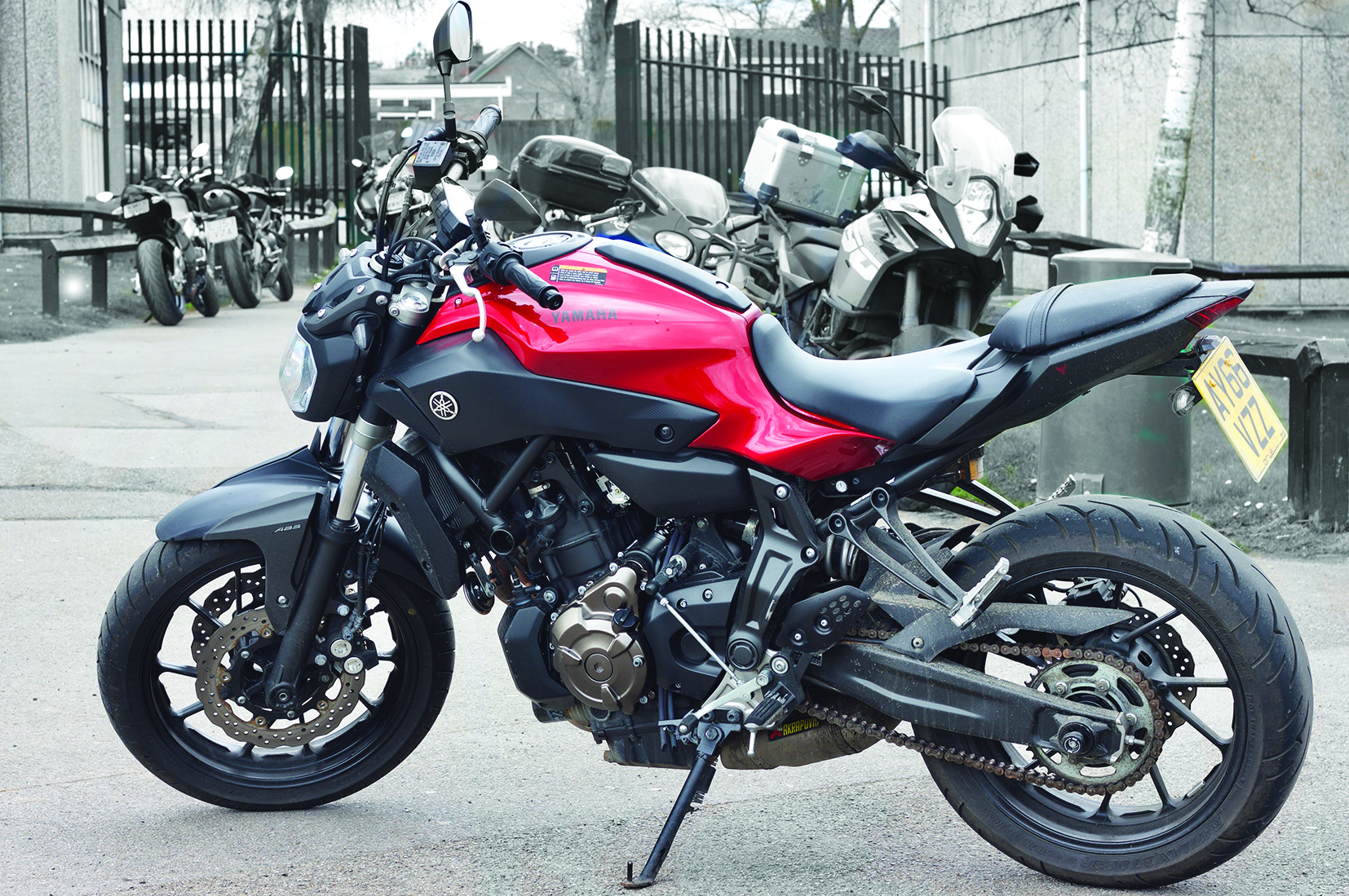 The weekend of the 9-11th August saw 30 riders and 1 pillion head to Ross-on-Wye for a superb weekend, staying […]

(Nobody said it would be a holiday!) by Dani Fiddaman and Steph Jeavons Hold My Beer! Two years ago, as […]