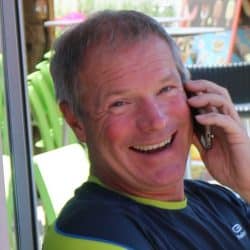 As an Observer you know when your Associates have really ‘graduated’ to become Advanced Riders when they start doing things you haven’t quite got round to. One of mine, who only passed his DVSA test 6 months before passing his IAM Test, has since gone through the California Riding School syllabus and now owns a dedicated track bike – sending back photos from open pit days in sunny Portugal whist we shivered in the rain.

Another is now organising TVAM weekends away and leading runs. It was he who encouraged me to sign up and attend a Biker Down course run by Bucks Fire and Rescue at the Marlow Fire Station a couple of Saturdays ago.

Now I’ve done all sorts of First Aid courses, including Off-shore First Aid for my commercial sailing ticket, which meant I could play with Class C prescription drugs, but the Biker Down morning covered far more than First Aid. Having the skills to be able to step forward and manage a crash scene when others around are possibly in shock can make all the difference to the eventual outcome. Around 40 years ago when I was a new (young) driver I came across a head-on accident between two small cars on a fast A road in a National limit. Both drivers were still in the vehicles and a small crowd of people were mingling around shaking their heads but no-one was tending to the drivers who were both unconscious, very pale and possibly not breathing. Could I have helped? I have to admit back then I didn’t have the confidence to step forward and I sometimes wonder what happened to those involved?

The Biker Down course is not just about motorcycling but is applicable to any road traffic collision and I would like to think I now know how to make the scene safe and how to administer First Aid if required until help arrives.

The course also covers things such as when, and how to, safely remove a crash helmet and how drivers may see us on a bike and which Hi-Vis actually works and why. The courses run all through the summer so I would encourage you to sign-up and learn some new skills. https://bucksfire.gov.uk/roads/biker-down/

There’s a rumour going around that spring is here. The other week when temperatures hit 27 degrees I was hunting around for the airflow jacket and summer gloves which were buried at the back of the cupboard. Whilst I haven’t been able to keep them on with more unsettled weather returning, it reminded me that other riders will be getting their bikes out and fettling them for the first time since last autumn. Just like my summer gear I guess their riding skills may just have got a little buried over the winter and need to be dug out. It may not apply to yourself but be aware of other riders who may be out for their first Sunday ride in six months when they come blasting by. Give them space and take your time to get back up to the pace you had last summer.

The TVAM calendar is beginning to bulge with club activities, plus of course those organised by the local teams. Last year we ran a Slow Riding event, and yes, we’re going to do it again after the St Crispin’s meeting in August. The format will be slightly different from last time. Firstly, we’re not inviting the Wey Valley mob (who embarrassed us all by winning everything last year) and so secondly the courses will be much less ‘It’s a Knockout’ in format and more about developing and demonstrating slow riding skills. Maximum participation is hoped for with £5 off food for those who take their bikes around the course. More details will follow but reserve the afternoon in your diary for some fun in the sun (hopefully).

Whatever your plans this coming season, round-the-world tour or dashes to the coast for breakfast, ride safe and come back smiling.