I’ve been really lucky this last three weeks having been on a road trip around the western region of the USA. From San Francisco to Yosemite National Park, then across to Vegas and back to the coast via parts of historic Routes 66, 1, and 101 to Monterey.

What strikes you when driving in this part of the US are the contrasts. Between roads that could be in Wales with hills on both sides and glorious hairpin bends, to ones that go die-straight to the horizon; temperatures in the hills of 94F that dive to 58F at the coast just 10 miles away (I know, they use old money for temperature); living for a week at 6,000 feet in the high desert which is dead flat, surrounded by snow-capped mountains, then diving to 150 feet below sea level in Death Valley with a luna landscape of salt flats and heat haze.

Some of the roads are a biker’s dream – I remember 50 miles of perfect tarmac up a gradient with a never-ending series of long constant-radius curves going left then right, then left and right, with dreamlike views opening up across valley’s and mountains as we headed into Yosemite.

Then the nightmare of a 230 mile detour as the Tioga pass was closed due to snow and a 103 mile to-the-horizon dead-straight road on Interstate 395. Can you imagine driving the length of Wales without a bend or bump in sight?

Which brings me to Harley-Davidsons. Probably 9 out of 10 bikes we saw on the road were HDs. Now I’ve never really got Harleys before I did this trip. But in their natural environment, where the high street is the width of the M4 and the interstate goes on forever, they really are the machine of choice. Yes, we saw other types – BMW GSs were there in pairs, mainly ridden by guys in grey biker gear packing panniers and that round-the-world steely look. And a few sports bikers in leathers out for a ride in the hills before brunch. But when it came to rolling up to the Union Hotel, parking your ride and grabbing that cool beer, the mount of choice was most definitely the Harley. 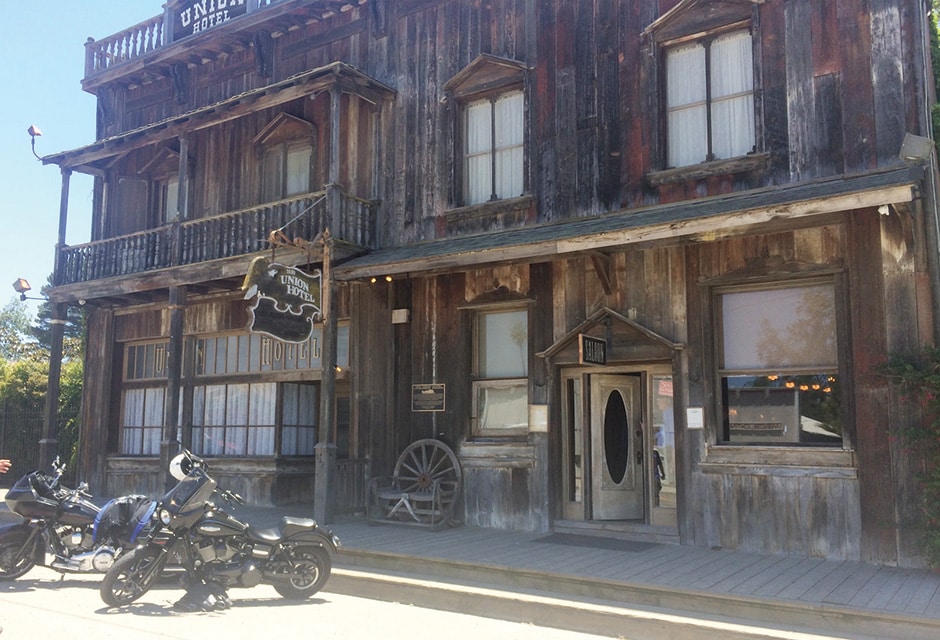 Wherever you’re off to this summer, on whatever kind of bike, enjoy the ride and the companionship of your mates.