I’d had my Suzuki SV650N for 8 years and it was time for a change. I now own a KTM Duke 790 which is fantastic – though not the usual choice for a step up from an SV. What led me to the KTM?

I had been pondering a new bike for a while, as I had outgrown my elderly SV and needed more power. The decider for me was a 250 mile TVAM ride in August in the wind and rain on my underpowered SV650…. time for a new bike.

I wanted a bike with a bit of spirit that I wouldn’t outgrow quickly, yet calm and stable, light [not more than 170kg], upright and flickable but would double up as a tourer with a bit of kit on it. I also wanted riding modes, abs, traction control and an up and down quick-shifter, and it had to be narrow and light enough to squeeze through the alleyway to my back garden.

Initially I looked at the F900XR, Shiver 900, Tracer 900GT, Tiger 900GT pro, MT07 and the Street Triple. Although these are great bikes, none of them actually fitted me or my requirements, and I had to be quite disciplined in turning away from them. This was hard.

So what did I need? Well, what mattered most of all [after the squeeze] was that I needed an upright seating position – less stress on the joints. Looking up Cycle-ergo.com and using my SV as a comparison, I was able to see what it would be like sitting on different bikes. I know this sounds rather mechanical but it was actually very helpful, further proven from visiting dealerships to sit on bikes. It was fun going in with my list of what I NEEDED not what have you got, and helped me see through the marketing blurb.

Cycle-ergo.com indicated the KTM naked sports bike Duke range. Power-wise for me, this meant either the 690 or 790.  Anything bigger was wider and therefore irrelevant – I know you can get narrow bars for any bike but this was a mod too far for me. I wanted to keep it simple. 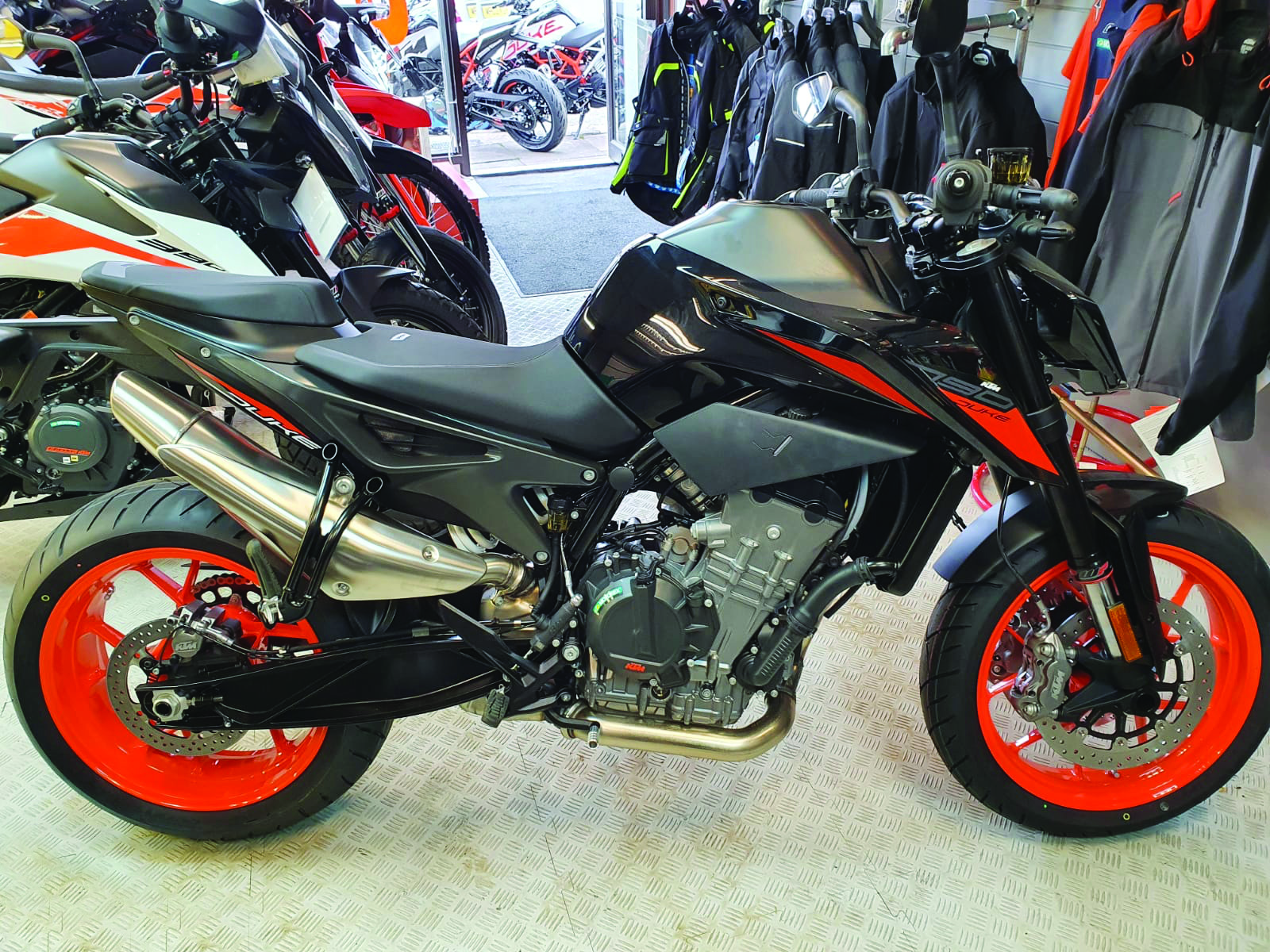 So it was down to the KTM Duke 690 or 790. A spin on Chris Brownlee’s 690R single was delightful – I came back saying, it’s really light I must have said it about 3 times, I was astonished at how quick and nippy it was yet stable and solid. However I wanted more technical gadgets and a twin, so this led me to the 790 and Alan Bradford who gave me loads of helpful tips on his, thank you.

I had first seen the KTM Duke 790 aka ‘The Scalpel’ in a ‘Ride’ magazine a couple of years back in 2018. The mere name of it put me right off. Who rides a bike called a scalpel? But two years on I saw it in a different light, looking closely at its features and found that it ticked all my boxes. I was ready to book in a test ride.

I loved it from the start. It was amazing. Light, powerful, flexible and equally at home filtering through town or out on the twisties. A little windy at high speeds and the original seat was like a plank but this was sorted with a touring screen and their comfort ergo seat. A parallel twin and 105bhp but only 169kg – perfect. Great price at £7,500 new for the 2020 version which I recommend, as they have re-designed and fixed some issues prevalent in the earlier version.

A second test ride confirmed my selection and I was ready to buy. 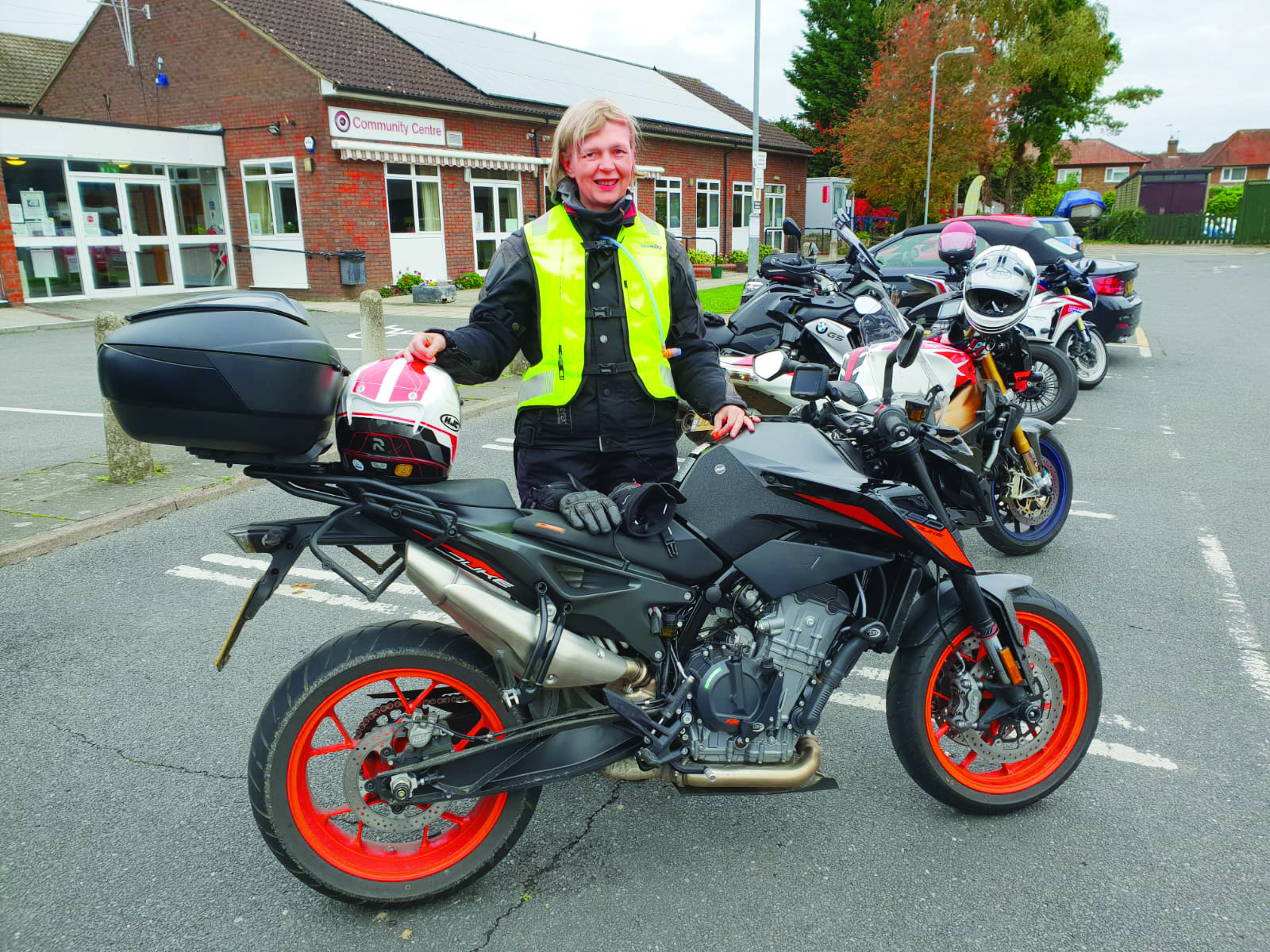 Early days were spent on local roads, learning all the technology – I had never had anything like this before, not even ABS on the SV. The emissions requirements make it a bit twitchy at low speed but I adapted and it doesn’t bother me now – choosing a lower riding mode helps. It is also a bit vibey at higher speeds but not excessive. Everything else is fabulous!

The first 600 miles were running it in so I was careful not to over-rev it. It felt like learning to ride all over again which was a surprise [only my second middle-weight bike]. A little ‘red mist’ was quickly eradicated by my advanced rider training. 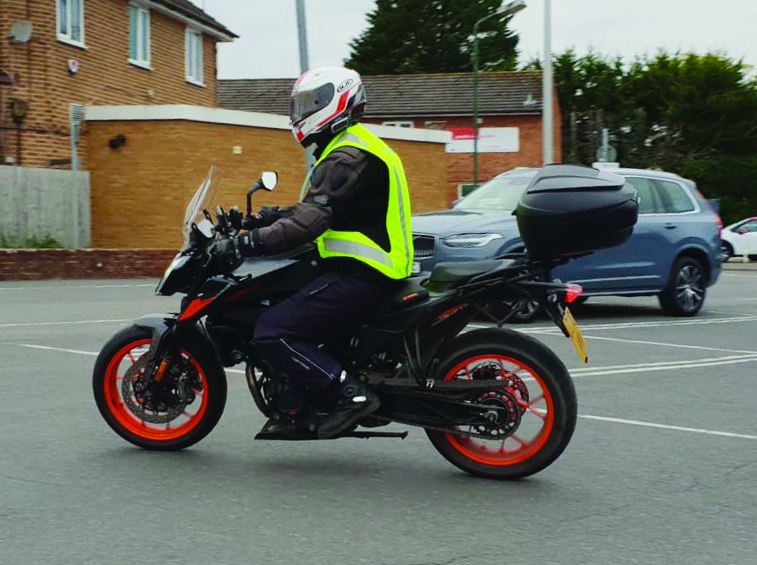 At 1,000 miles, what do I like about it so far? It has had its first service, oil change and the full rev range has been unleashed. This bike just keeps giving and giving, right through the rev range. It accelerates really quickly, is light and fun through the twisties yet stable and not intimidating. I don’t feel overpowered by it and love the different riding modes, abs and lean-sensitive traction control. I’m loving the quick-shifter and auto-blipper. Narrow for filtering and lovely sounding – bangs and pops through the exhaust. The suspension, though not adjustable on the forks, feels well set up, and the preload is adjustable. I have it on the comfort setting and it is great. This bike gives me the potential to grow with it. I currently ride in the ‘street’ mode but am looking forward to exploring the sport and track modes. Would I recommend it? Absolutely! Check it out, what have you got to lose?

It was dusk when we rode into Idilevo after a long day’s ride which had started in Romania. There were […]

With the light at the end of the tunnel looking more like it is daylight, rather than something else coming […]