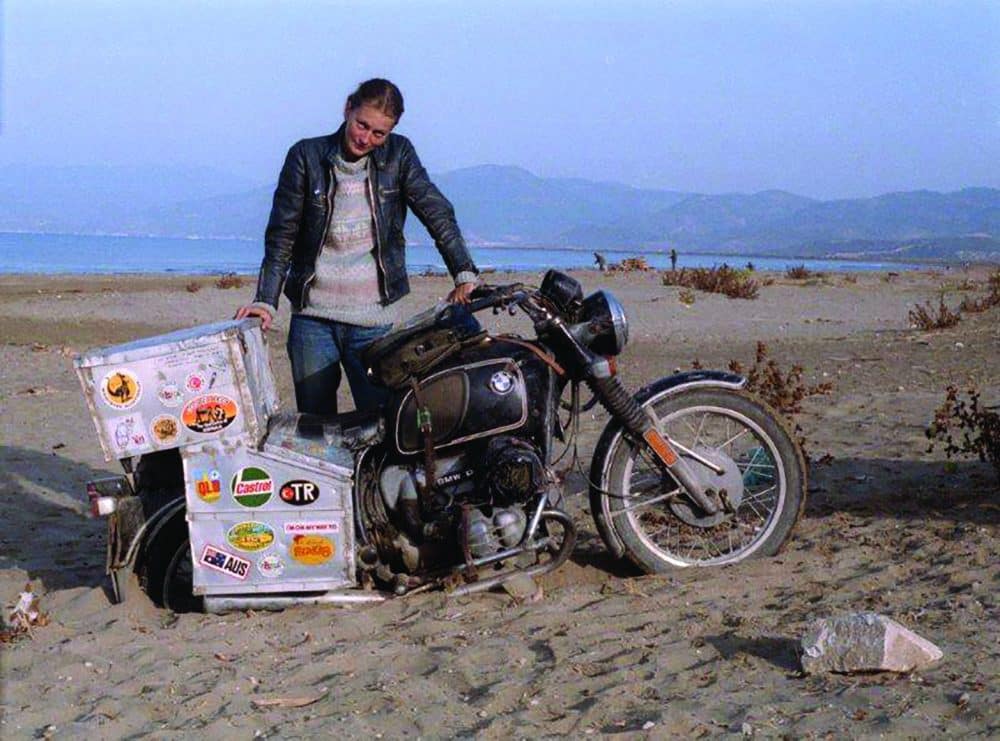 Changing the framework of your mind!

Elspeth Beard, you may have come to see her at the TVAM Seminar on 19th June – nearly 100 members did. Describing her as a remarkable lady is never going to do her justice! If you missed it, you missed a great opportunity.

In 1982, at just 23 years of age and training as an architect, Elspeth decided to go around the world solo on her motorcycle! At this time there were no credit cards, mobile phones, no Sat Navs, no internet and little in the way of global communication – do you remember the telex machine? She was the first woman to embark on such a journey and when she left she had little idea of what lay ahead. 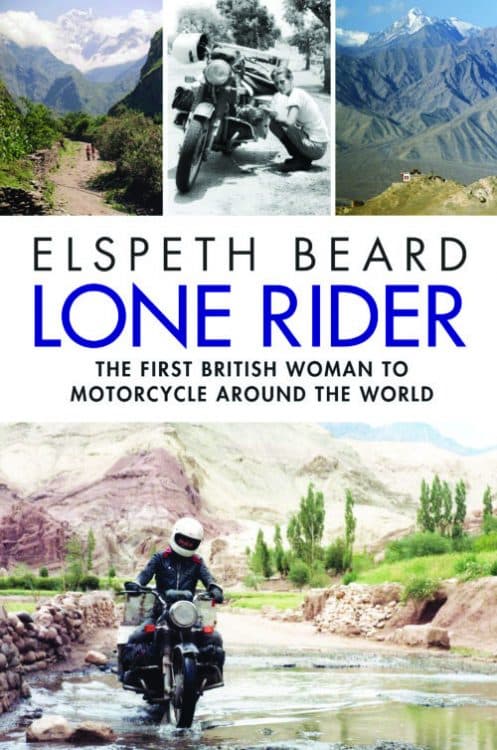 She spoke with great humility about her travels having survived some horrendous accidents, travelled through some very unsavoury countries, fended off sexual advances and fallen in love twice. She worked at various places and saved money to enable the next part of her journey. Camping for much of the journey Elspeth rode across the United States to Los Angeles, crossing to New Zealand, stopping in Australia, then on to Malaysia, Singapore, Nepal, India, Iran, Turkey and back home. En route, she looked after her own BMW R60/6 with the help of a Haynes manual and religiously carried out the maintenance.

Her story was told with honesty and wit and is an inspiration for all motorcyclists. In all, Elspeth covered 35,000 miles over two and a half years but when she returned her story went unheard. It wasn’t until 2008 that a freelance journalist heard about her adventure and wrote about it.

Slowly her story emerged and in 2014 Elspeth finally decided to write her book ‘Lone Rider’. Fast forward 5 years and there is now talk about wanting to make a film about her. What a fantastic end to a story that continues to inspire so many – what an amazing lady!

In Elspeth’s words, ‘There are always excuses not to do something and never the right time to make a start, so just do it!’