I suspect the answer to that question is different for every new associate that signs up. Some need the qualification to ride blood bikes; others want the insurance discount; some want the accolade of an advanced riding certificate; some have been on BikeSafe courses; and others just want to improve their riding. (I suspect there is a whole host of other reasons I haven’t thought of).

I have ridden motorcycles since I was 10 years old, I’m now 53 – yes that’s me on my fist bike, an Italjet two stroke 80cc scrambler. Motorcycles have been my life and my passion ever since.

I have had two serious motorcycle collisions on the road, one in 1990, the other in 2009, neither of them my fault, and neither would have happened if I’d been riding like an advanced rider. Hindsight is a wonderful thing!

Well my reason for doing the Advanced Rider Course is a simple one – I thought I was an amazing rider when in fact I was rubbish.

So my journey starts there.

For no particular reason, I had decided that I was going to do loads of motorcycle courses in the summer of 2018. Between April 2018 and July 2018, I did a knee down course, two wheelie courses, and an advanced machine control course – all at Rufforth Airfield near York.

Another of the courses I had booked was the BikeSafe course with the police. I went to Humberside Police’s Beverly office for the day-long Bikesafe course on 11th August 2018. I had thought that with 30 unbroken years of road riding experience that I would be better than any of the riders there, and probably on a par with the police riders. Pride comes before a fall!

The BikeSafe course shocked me by highlighting just how badly I had been riding my motorcycles on the road for over 30 years! How I was still alive was a miracle! 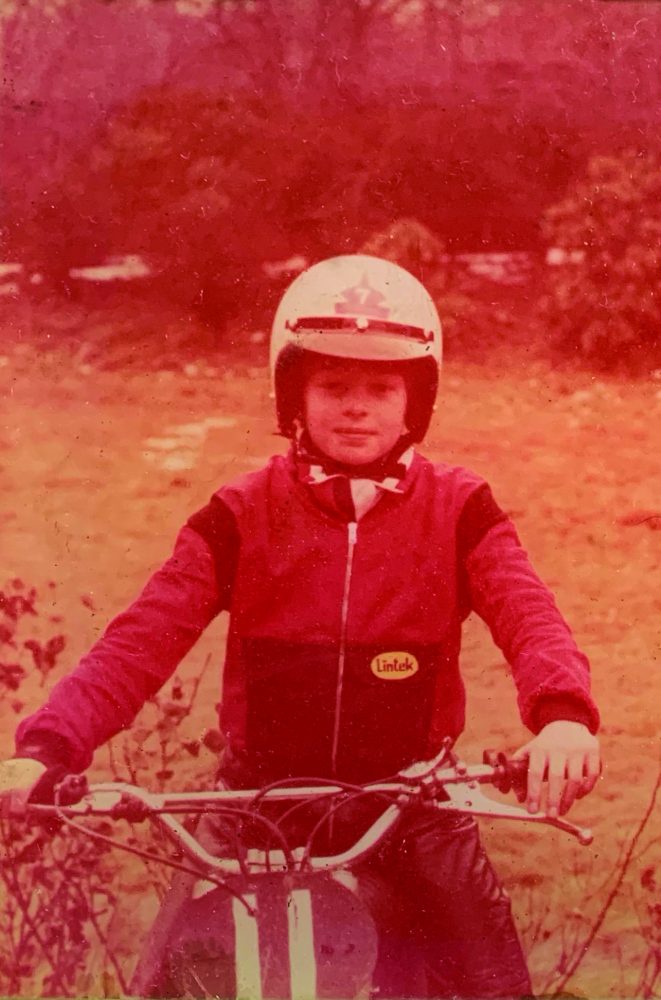 So to correct those highlighted deficiencies in my riding, I decided to do the advanced rider course with IAM RoadSmart. On 13th August 2018, I booked online and was directed to my now beloved West Yorkshire Advanced Motorcyclists (WYAMs). I say now beloved, because I didn’t actually want to be in a motorcycle club when I booked the advanced rider course. I just wanted to learn to be a better rider and perhaps even pass my advanced test. I had absolutely no interest in being in WYAMs. I could not see the point or necessity of of having to join WYAMs – more about that singularly mistaken belief later.

I was lucky enough to get Stuart Fielden as my observer. Some of the associates and newer members may not know Stuart very well, but he is not only a very accomplished and experienced motorcyclist and observer, but he’s an amazing human being too. We became very close friends as he taught me how to be a better rider, and to this day, I’m pretty confident he has no real grasp of how much his sessions saved my life and rescued my crippled mental health. Because in between starting the advanced rider course and finishing it, I underwent a cataclysmic breakdown in my domestic situation, and I was at rock bottom. The advanced rider course literally saved my life, and Stuart’s sessions were the lifeline that I needed to help me out of the emotional hell hole I found myself in. Motor Cycle News recently ran an article about riding motorcycles for mental health – never a truer word has been printed. My bike, and Stuart’s sessions saved my life – literally.

My test took place on a filthy, rainy mid January morning. It remains a completely blurred memory to me. Dudley Martin was my examiner. I do remember it felt like the worst I’d ridden in a really long time, and yet I passed. Dudley later said that I would have got a first if I hadn’t skidded on the cattle grid on the slip road just off J22 of the M62. Fortunately I stayed on the bike, but he was right I hadn’t ‘observed’ the cattle grid because I’d been going too fast as I went over it turning left – hence the skid. A costly mistake!

Anyway I passed. Now what was I going to do? The structured sessions with Stuart were at an end, and whilst we had become very firm friends and remained in close contact, my emotional lifeline had gone. How was I going to survive that loss of regular structured riding with Stuart that had become my lifeline? Well, the answer came in my second guardian angel from the club – Terry Dutchburn. Some of you know Terry very well, other newer members and associates may not. But Terry, like me, is a Geordie. So basically we are brothers, or cousins, or related somehow. We got on like a house on fire from the get go. The reason Terry became involved with me was because Stuart, knowing how important structured riding was to me and my emotional wellbeing, had suggested that I consider observer training. I agreed, got the approval from the committee, and Terry became my observer trainer.

Once again, and I’m sure without even knowing it, the club had provided another experienced trainer in Terry who had unwittingly rescued me from the abyss of facing extreme challenges in my personal life without any diversions.

I had the familiar structure of regular training sessions, this time as a trainee observer. It was another life saver. I passed the observer assessment process and I’m now the club’s newest local observer.

Looking back, I view the dual processes of instruction for my test, and instruction to be an observer as not only incredibly informative, but also as transformative of me as a rider. I have emerged from the personal nightmare of 2018 – 2019 as a stronger and more healed man than when I started, and without even knowing it, WYAMs helped me through it when there was nobody else that could. Motorcycling is my life and Advanced motorcycle training has saved my life. The whole advanced riding journey has been a truly Zen like experience for me.

But the most unexpected surprise for me was the club – WYAMS. Because as I said, when I booked my Advanced Rider Course with IAM RoadSmart online way back in August 2018, the last thing I wanted was to join a motorcycle club! And ironically being in WYAMS is the part of the whole process that has nourished me, and enthused me, and helped me recover as well as making me a better rider.

Two of the most memorable motorcycling days that I have ever had have been club runs! One Tuesday run to the Lakes and one John Burrow’s Sunday run to Whitby. Bearing in mind I have been riding motorcycles pretty much non stop, on and off road, for over 40 years, in Europe, America, Asia, and Australia, to say that two of my best days riding ever has been with WYAMs, in the last 12 months, is truly saying something!

So here’s my impassioned plea to associates, and new and old members alike. This is your club, our club! All of us have one thing in common – we all love motorcycling. The strength of the club is in how the individuals interact. It’s for the long standing members to share their knowledge, experience and skills and for the new members and associates to soak it up! I can promise you this, if you disengage after you pass your test, you are missing the best part of your advanced training. The absolute very best part!

I know it’s difficult coming to any new club and not knowing anyone and feeling like you don’t belong – but you do belong – you are one of us now!

The wealth of riding experience on the training and club runs is probably unparalleled. I defy anyone to go on a club run and not be beaming from ear to ear inside their helmets. I defy anyone who goes on a club or training run not to learn a huge amount from watching the riding of the elder statesmen like John Burrows and Allen Davey to name but two of so many.

Your Advanced Riding journey doesn’t stop at your test pass, but rather that is where it begins! Undoubtedly your riding will improve as you deploy these skills riding solo, but in observing other experienced advanced riders on club or training runs you also learn by osmosis. You critique your own riding by conscious and unconscious comparison. You improve as you ride with good riders. Simple! You cannot buy that quality of training – and you don’t have to it’s free on the club and training runs!

My zest for all things Advanced riding didn’t end there. In fact, that’s where it really began for me! I reached out to a number of other affiliate clubs including Sheffield Advanced Motorcyclists and Thames Valley Advanced Motorcyclists. I wasn’t sure what kind of reception I was going to get as an “interloper”. However, the IAM RoadSmart family has not disappointed, I’ve been made to feel very welcome by both. I spoke to Chris Brownlee, a fellow North Easterner, and chief Observer for TVAM. He could see I was deeply enthusiastic about how TVAM operate, and so he invited me to join TVAM and I did, and was invited on the TVAM Observer weekend which was sadly cancelled but I’ll be there next year!

We may all have started our advanced motorcycling journeys for different reasons, but we all share the same passion – two wheels. 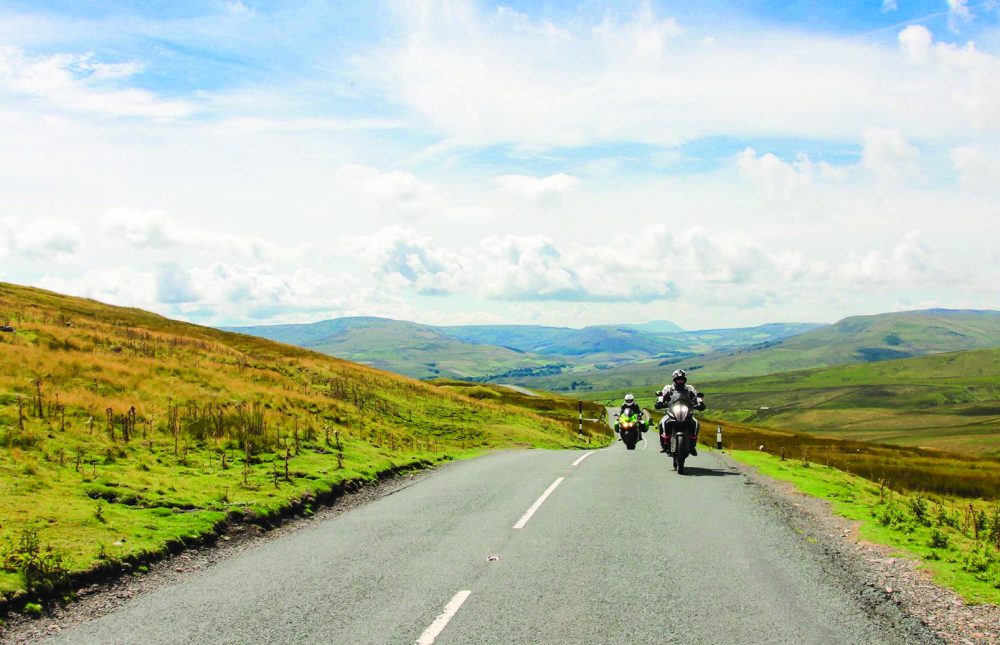 Looking back, I guess it was silly of me to think I wouldn’t be welcomed by “my tribe” even though they are at the other end of the country!

I’m so glad I didn’t do what I had planned to do when I was at rock bottom. And if this article gives just one person the strength to “hang in there” for another day, then another, and another, until that dark pit is a distant memory, then my advanced motorcycling journey won’t have just saved me, it will have saved someone else.

All Bikers Great and Small

It with great sadness that Thames Vale Advanced Motorcyclists have to report that David Jacobi, Chairman of TVAM until last […]

Top Tips for First-Time Travellers Since returning from a European motorcycling adventure last year, I’ve been trying to figure out […]