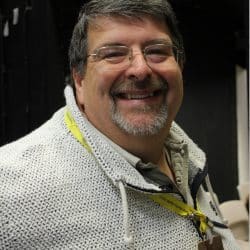 It with great sadness that Thames Vale Advanced Motorcyclists have to report that David Jacobi, Chairman of TVAM until last March, died on Wednesday 29th November after a short illness.

David, also a former Chief Observer, was a pivotal member of TVAM for many years and will be remembered for his Nurburgring trips with exclusive TVAM track days for 150+ riders back in 2009 and 2010. He organised a Slow Riding Competition in May this year where IAM examiners, staff and other Groups participated. He then ran yet another five day trip to Germany for the club in September.

David passed his IAM Advanced Bike test 40 years ago in October 1977 and ever since focussed his efforts into making the IAM and TVAM a success. He helped Bristol Advanced Motorcyclists create their ‘Super Sundays’, was a member of the IAM Regional Training team, and before that was involved with the RAC/ACU Training scheme.

His passion for all things motorcycling and organising flair will be sorely missed. David said many times, ‘It’s all about having fun’. The loss of such a vital member and friend to all will be greatly felt.

David was well known by many across the IAM family and we have been asked to pass on a request from the family for privacy at this difficult time.