The 7Ws Smile Says it All! (Gallery) 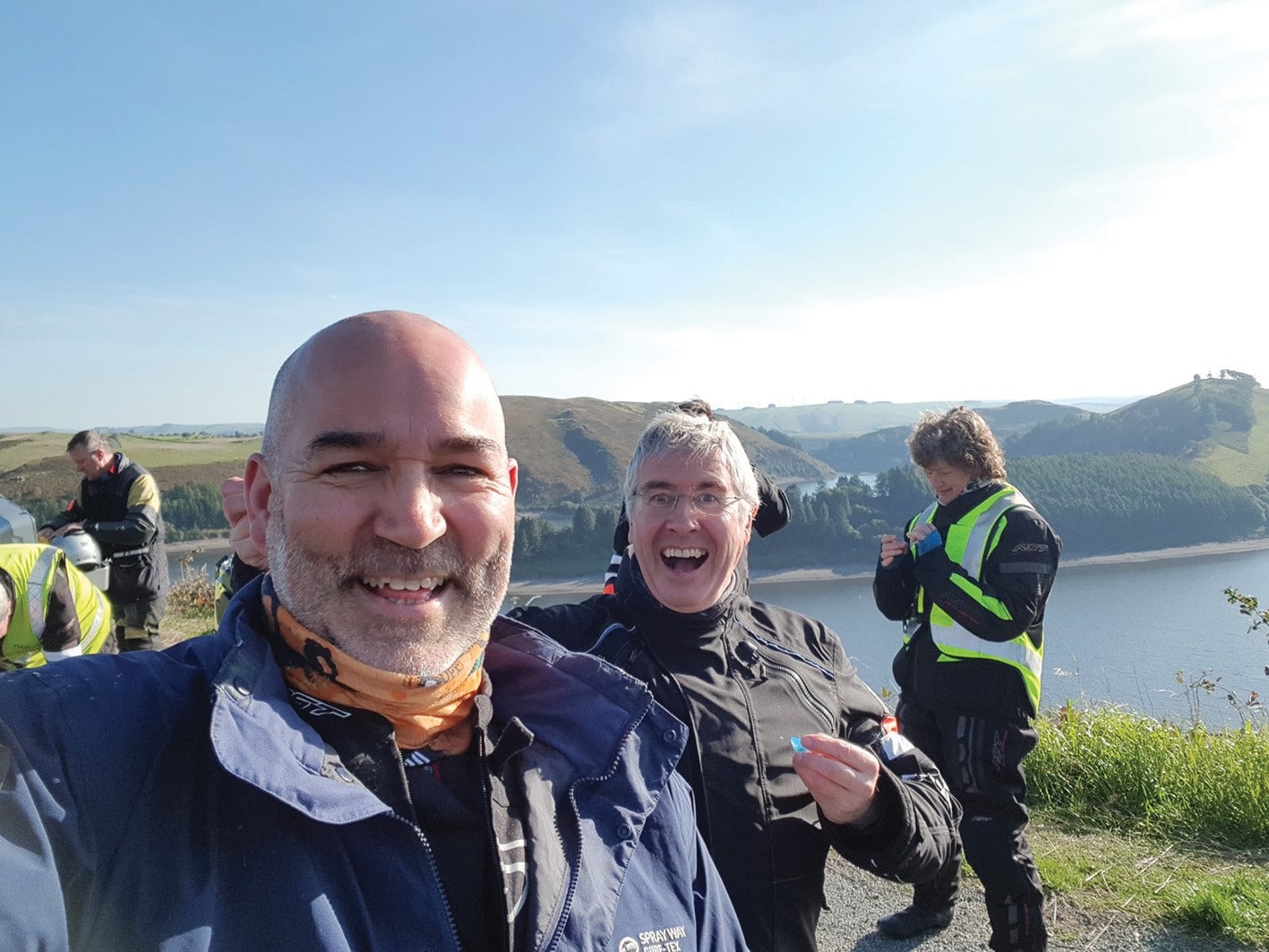 A short time ago, my husband returned from his first training trip to Wales. He raved about it so much, saying it was a great confidence-booster weekend, exactly what I needed to build up my own confidence and suggesting that I go on the next trip. “Good for him,” I thought, but there was no way I felt ready to go on one of those trips yet. I had only passed my test last year and had only been riding ‘properly’ – albeit rather nervously – since the summer started.

The next time I attended the St. Crispin’s meeting Lou Dickinson came up to me. She told me that she had ridden in behind me and could see that I was nervous and said that I should definitely go on the next 7Ws weekend. This was my first time meeting Lou but my husband had already told me how great she had been observing and training him on the previous trip. I could see how much his riding had improved as a result, but then he had been riding for 20 years so, in my head, it was always going to be easier for him. I politely said to Lou that I would go, secretly hoping that, with so many people applying for it, I may not get a space… but then I got the dreaded email… I had been allocated a place… now I had to go. What had I let myself in for? The answer…. the best decision I ever made! 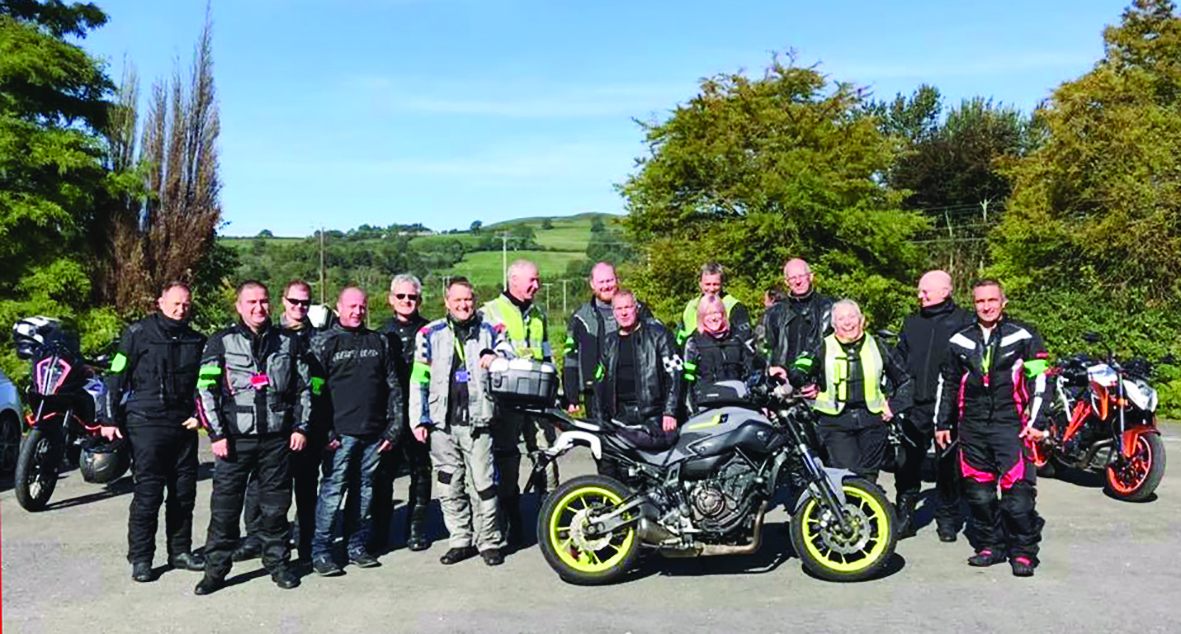 On the first day, we arrived at the meeting point earlier than everyone else, filled up our bikes and went into the café for breakfast. As more and more riders turned up I became concerned that I would not be as good as a lot of them and that I was going to be holding everyone up. Was it too late to go home? The feeling of intimidation by such a large number of people soon left me however when, after the introductory meeting, we all went to our allocated, much smaller, groups. There were around 12-14 people in my group with an Observer for each Associate. The rules of marking and the role of the back marker were explained and I was also assured that my Observer would stop with me when it was my turn to mark. I began to feel more at ease as we were now a smaller group of smiling faces. My first Observer was Ian who instantly made me feel comfortable and reassured me that it was okay to ride at my pace and not anyone else’s.

The routes were planned to avoid boring motorways and included lots of great roads to get us to Wales with plenty of stops and support from the Observers, which made the run a very manageable distance. A few great tips from Ian meant that I could feel the improvement in my riding position before we even got to our first stop. So, when we did stop I had the start of that 7Ws smile on my face. And this was all within the first hour of a 3-day training weekend!

Paul then took on the challenge of my next observed ride. When I became frustrated with myself over some of my attempts on bends he provided encouragement and tips which really improved my ride – not to mention the overtakes. He helped me go from two overtakes since I had passed my test, to half a dozen in the few hours I was being observed by him. And this was still only day one!

Arriving at the hotel after a spectacular ride down we fuelled up and parked our bikes all ready to leave early in the morning. The hotel was booked exclusively for us and had secure parking, great service and amazing staff all for the small amount that we paid for the weekend.

We freshened up, then after dinner, were entertained by Sean Westlake from Rapid Training, who told us many humourous tales of motorcycle-related wisdom. Then we retired to the bar for further tales of our ride experience, adventures and lessons learned on the way down. That night I went to sleep thinking, “How can this get any better?”….but it did!

On the second day, which was the main event of the weekend, I was looking forward to riding on the amazing Welsh roads with some stunning scenery and photo opportunities. We were allocated to our run leader and back marker and were talked through our run for that day. Again, we had a nice intimate group and by now there were a few familiar faces from our chats in the bar the night before. Once again, I took advantage of an observed ride and started my day with Lou and within no time at all she had worked with me to achieve an improvement on my lines through bends, making all the lovely twisty roads so much more fun. With her words of encouragement my 7Ws smile was becoming wider and wider as the day went on. Heather took over the reins on my next observed ride and I managed a few more overtakes that I would not have dreamed of doing a week ago. What was happening to me… was I becoming a proper biker?

What an amazing day, riding through the fantastic, twisty roads of the Welsh hills and valleys. It really could not get any better than this. Even the rain stayed away.

After dinner on Saturday evening, an awards ceremony was held during which wooden spoons were awarded for a variety of achievements or infringements, such as the worst overtakes or the most improved rider/s.  It was all delivered in good spirits with lots of banter and humour and made for a very enjoyable part of the weekend.

On the final day the trip back to Oxfordshire took in some enjoyable twisty roads providing the opportunity to practice what we had learned over the weekend. Again, there were plenty of stops to refuel or get coffee or lunch, making the distance back quite comfortable. 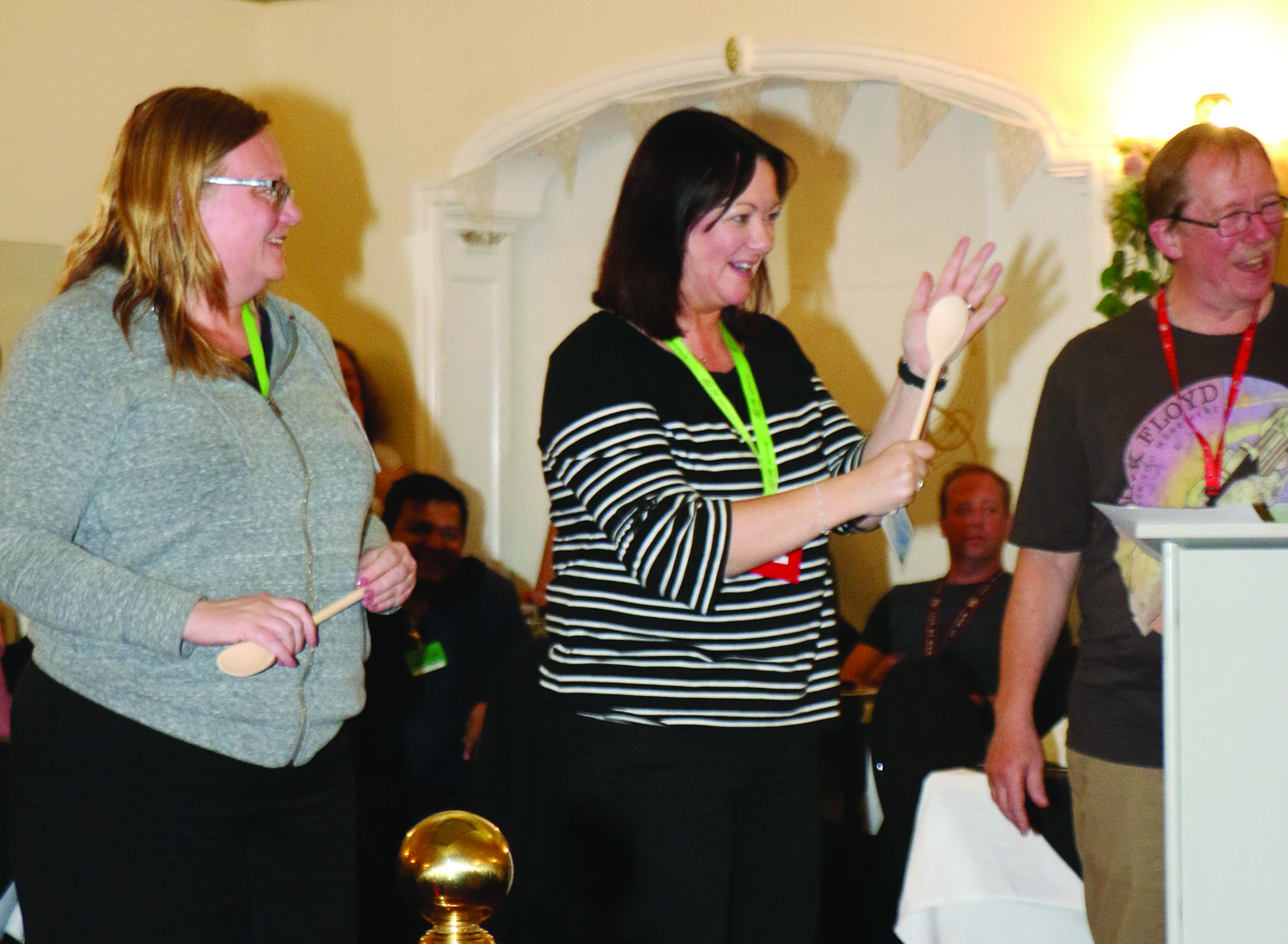 I came home from the weekend with the 7Ws smile; the wooden spoon for the most improved rider; many new friends and above all a massive confidence boost and significantly improved riding ability. This was all down to the efforts and hard work of the 7Ws organisers, Observers, run leaders and back markers who volunteered their time and efforts to organise the venues and routes to provide a great training and development opportunity. I cannot recommend the training weekends enough. The one-on-one observed rides, encouragement, feedback, welcoming and supportive approach really made me feel like this weekend was all about me and my fellow red badge holders.

Looking forward to the next one!  Here’s hoping that I get a space… and I really mean it this time! 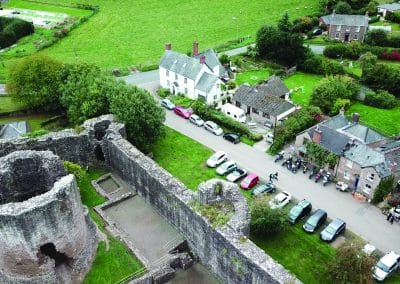 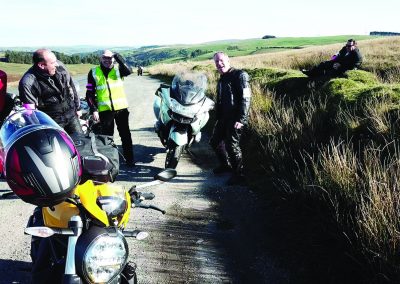 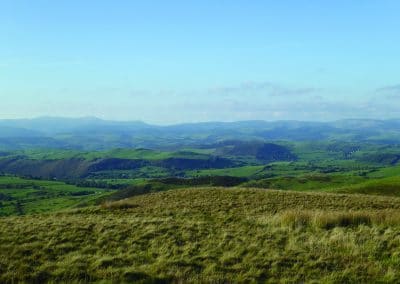 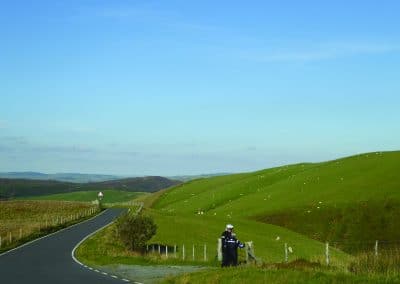 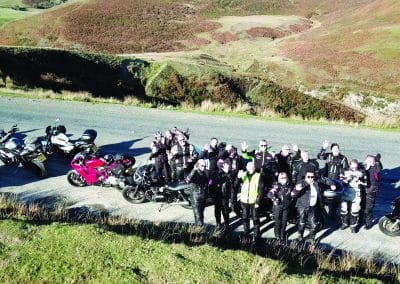 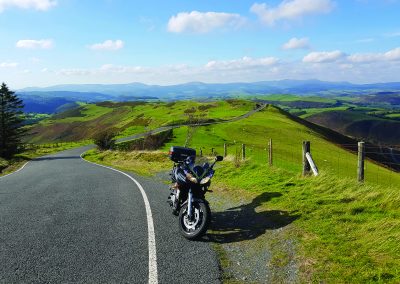 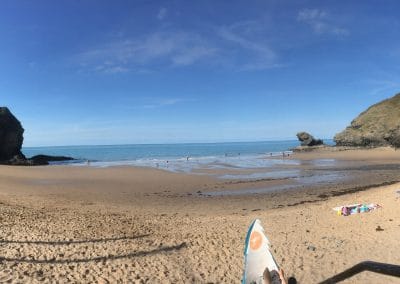 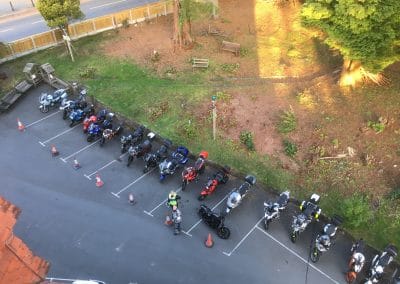 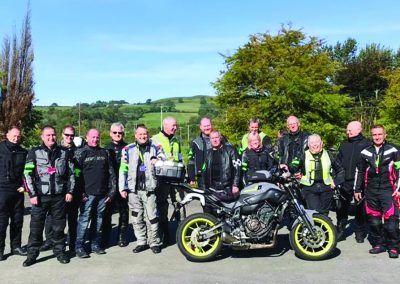 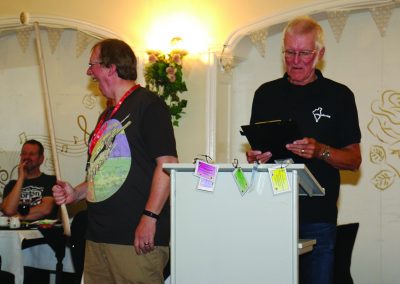 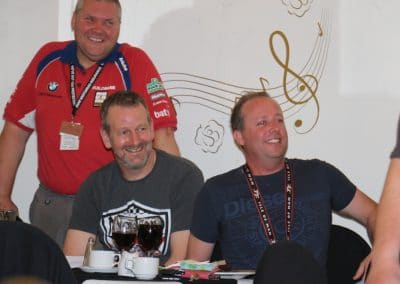 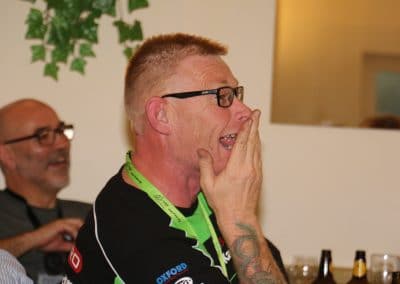 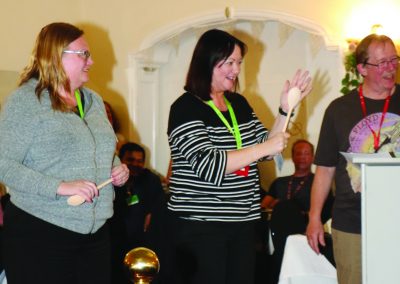 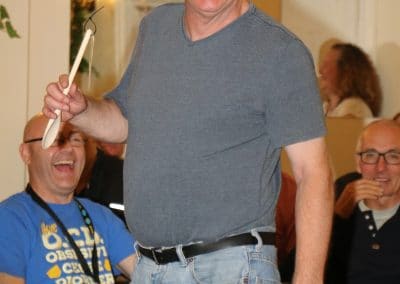 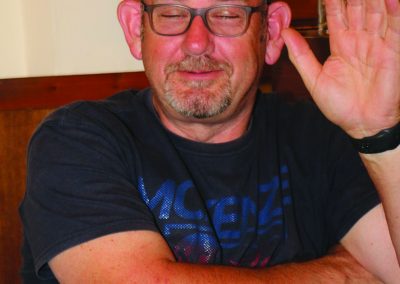 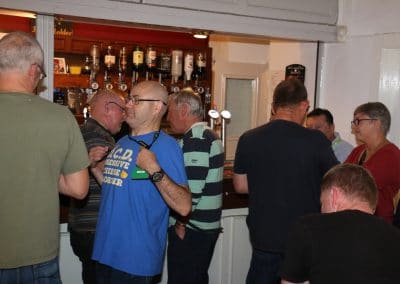 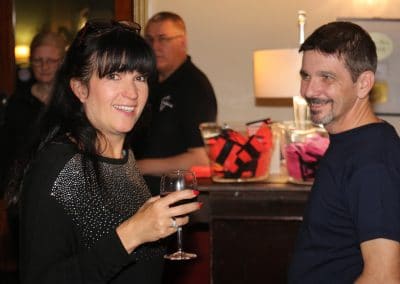 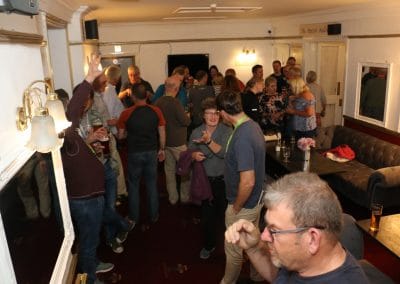 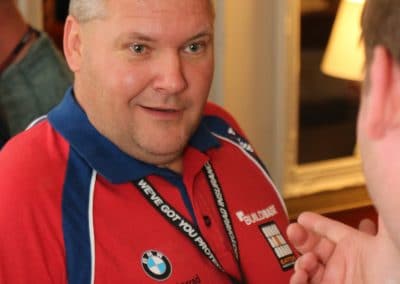 Throughout the day we had seven 10-minute sessions on the Castle Combe track; three pre-lunch and four post the one […]

Their Welsh Weekend – Another Kind of Lesson

Most of us love a bit of Facebook scrolling and Brian is no exception so, when he said he’d found […]

What a trip! It all started with an email earlier in the year from Alan Mossman, informing us of an […]