MY NEW YEAR’S EVE WITH THE BOYS IN BLUE

Last November I sat down with my Associate for a run debrief over a cup of tea in the Fox and Hounds. We got talking about his day/night job as a Police Sergeant stationed at Bracknell. I mentioned to him that one of my ambitions in life was to ride in a police car with lights and sirens going in a high-speed chase. I didn’t think much of it until Peter said, “No worries, I’ll sort the paperwork out and be in touch”. Well, true to his word, a few weeks later I heard from Thames Valley Police asking which dates I’d like to go and that they would run background checks to make sure I wasn’t some kind of unsavoury character!

One of the dates given was New Year’s Eve. In my younger days I was more likely to be in the back rather than the front of a police car on that date, but these days with a young son, I’m more likely to be on the sofa with Jools Holland and a beer. I turned up eager as a beaver for 4.30pm at Bracknell Police Station to be greeted by my Associate. I came prepared with a large tin of biscuits which went down well with the other 12 officers. We started with a team brief video linked with Loddon Valley station, as between them they cover parts of Reading, Wokingham, Bracknell and the outskirts. After a rundown of all the bad people to look out for and 999 calls they’ve logged, we were out doing the P.O.W.D.E.R checks on the car.

I was paired up with my Associate. His Sergeant role is to lead and support his officers in Bracknell. We started the evening patrolling the streets of Bracknell in our trusty Astra (with a bit of a shuddery reverse gear) listening to the radio for various calls coming in about dodgy BMW driving and 125’s without lights.

My ambition was finally fulfilled at 8pm when we put on the blue flashing lights and sped out of Bracknell and down the A329M on the look-out for a Mini that had nearly hit a police van and then failed to stop. Tucking into a layby near St Crispin’s School we lay in wait but sadly it evaded us this time. Fortunately, a few hours later, one of the team in an unmarked car found the Mini driving around erratically and the chase ensued. Other traffic units from Reading got involved and we excitedly parked up on J11 motorway bridge waiting for the car to come past us and be pulled. Travelling at a dangerously slow 40mph on the motorway the Mini finally pulled into Reading Services for fuel and was apprehended. So no stingers or high-speed stopping manoeuvres this time, but still really interesting to listen in on how everyone pulls together. 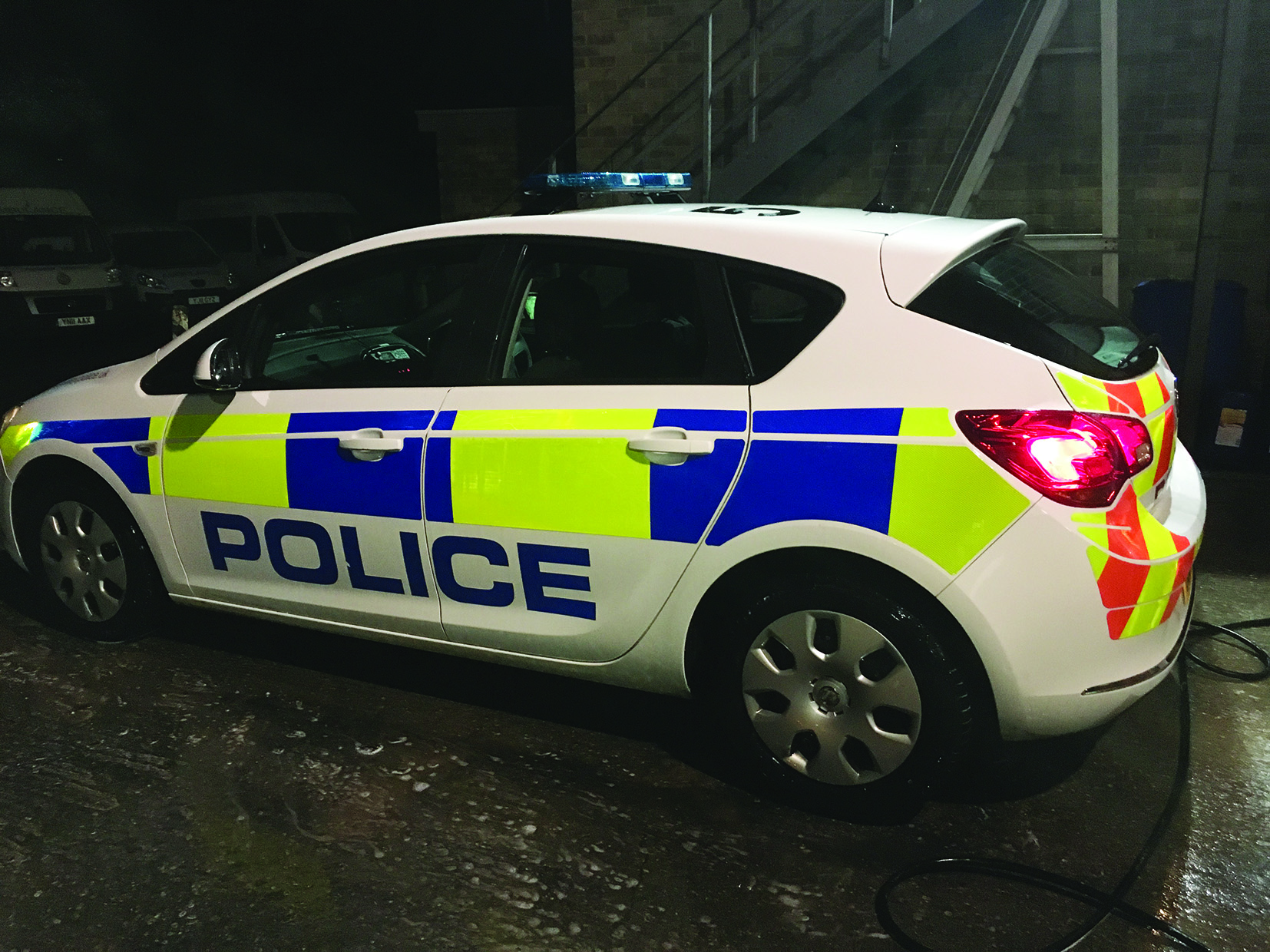 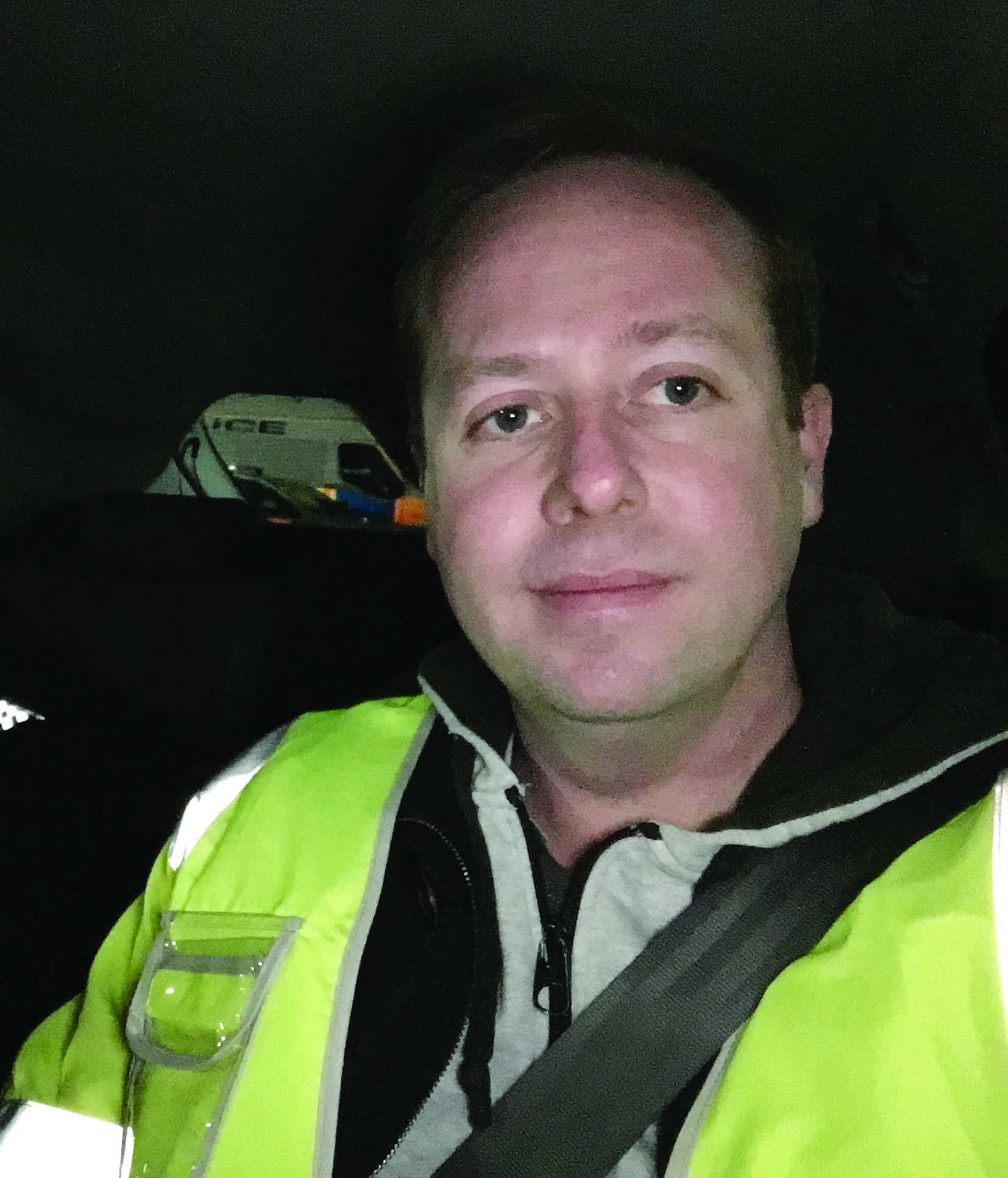 You may be thinking what has all this got to do with our bike club? Well, other than an extremely interesting night for myself, I wanted to write a small piece on what an excellent job the police do in protecting our lives. If you ever have to call them I’ve seen first-hand how quickly they react and with such professionalism. I’ve also attended Bike Safe courses as I’m sure many of you have, and they always recommend joining TVAM. The Observer core are trained by ex or serving Police riders and the National Observers are examined by ex-police riders. All in all, the Police are involved with us, and I for one feel safer because of it.

If you are interested in becoming a Civilian Observer and wearing a rather fetching fluorescent jacket for the night, this is something that the Police offer to the general public. Go to their website to find out more. Just don’t ring 999 for information, or quick as a flash, you could end up with 3 police cars outside your house!

After a few more jobs called ‘immediates’, which involve charging round the roads on blues and twos getting to the destination as fast as is safe to do so, it was really clear to see the similarities between advanced bike riding and police response driving. Obviously, we, the general public aren’t permitted to go over the speed limit or pass through red lights gaining a clear vision line which is absolute key to making progress. It was also amazing how many drivers didn’t know what to do when a siren approached them and just stopped in stupid places.

The night got even more exciting when we were called out to a dodgy estate at 3am where a man known to the police had been reported trying to run over a woman. When we arrived there was an abandoned car which had hit a bollard and had blood over the steering wheel. The police where doing a great job managing the scene, talking to witnesses who also claimed this guy had threatened to burn down a house. An operation to apprehend the suspect was put in place but unfortunately for me this was a job for the next shift. I returned back to the station for a debrief and an interesting insight into the police crime database. 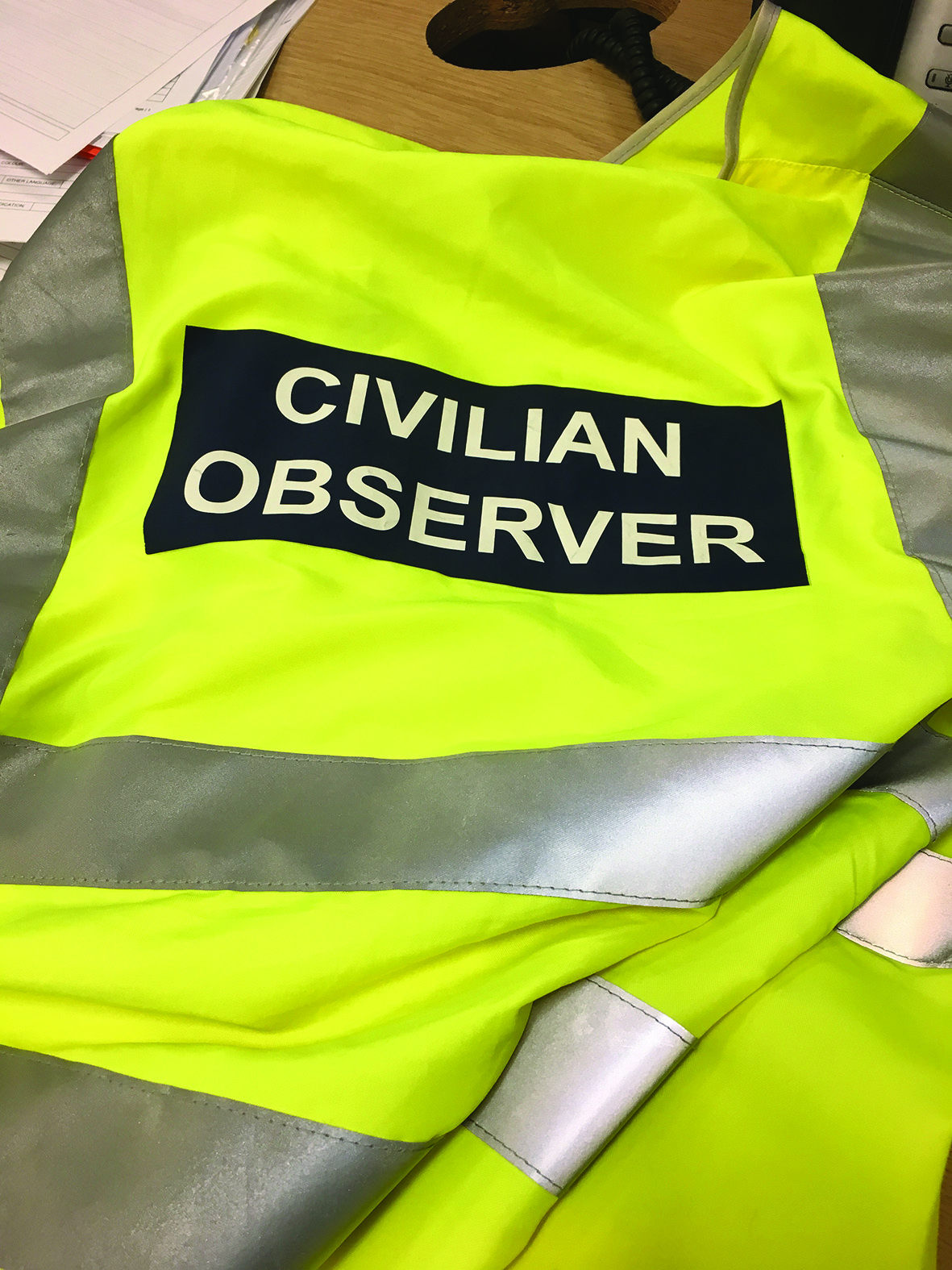 In many ways, the development and subsequent announcement of this motorcycle was an inevitability. More and more manufacturers are embracing […]

The Summer of ’17 How subtle the change in weather is. Through balmy June, July and August we get used […]

From the Chair (Slipstream July 2013)

So two months into my role as your Chair, what’s happening? It’s the time of the year when many of […]