The London Motorcycle Show is the one I almost never think I’ll attend. Coming just a couple of short months after the trinity of Intermot, EICMA and Motorcycle Live, it’s always going to suffer a little bit from show-fatigue. Whereas the big European events give you the chance to see the latest machinery just days after the press, and Motorcycle Live is the one everyone goes to because it doesn’t require international travel, the London show doesn’t usually offer anything you haven’t seen before. 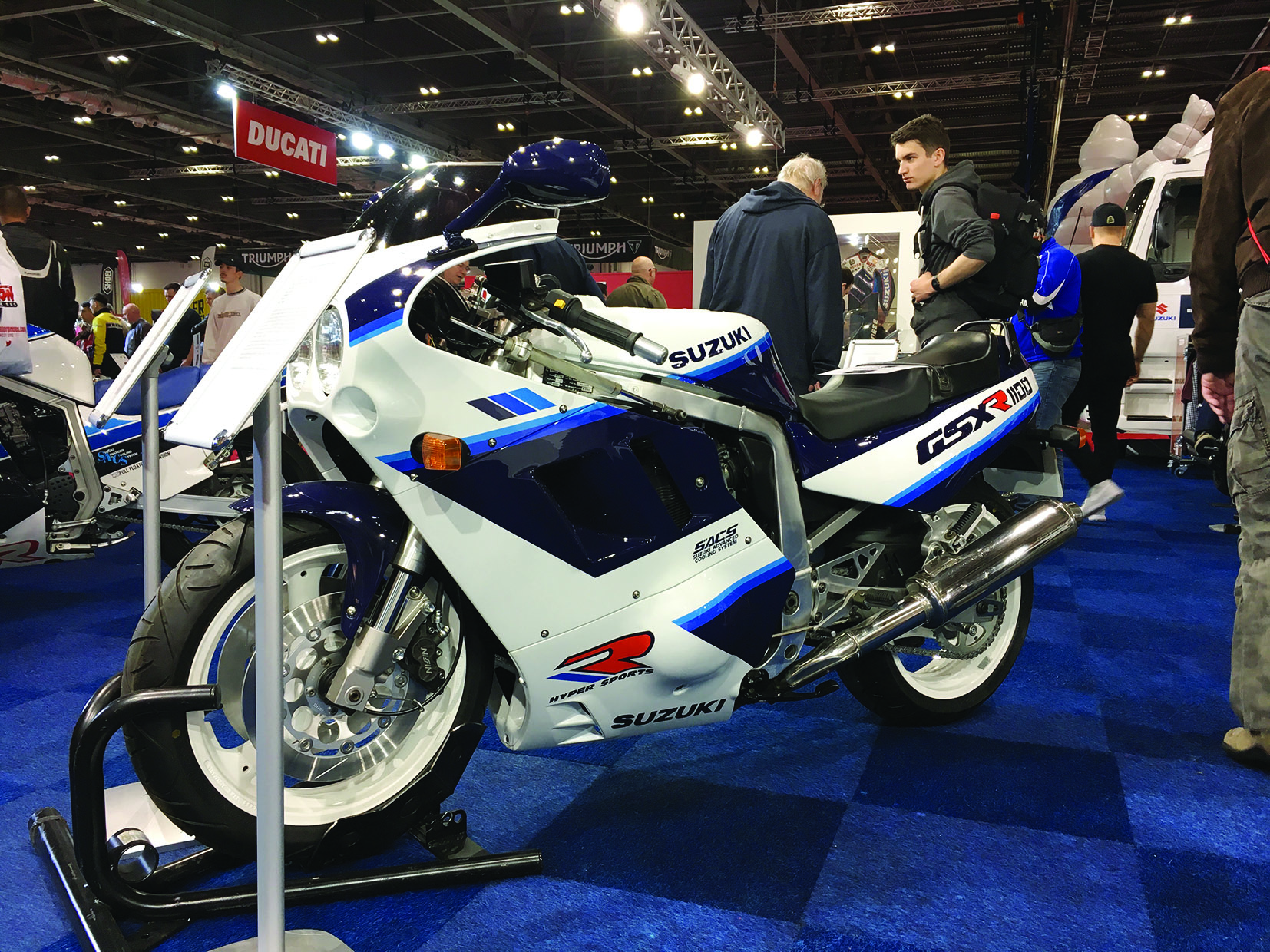 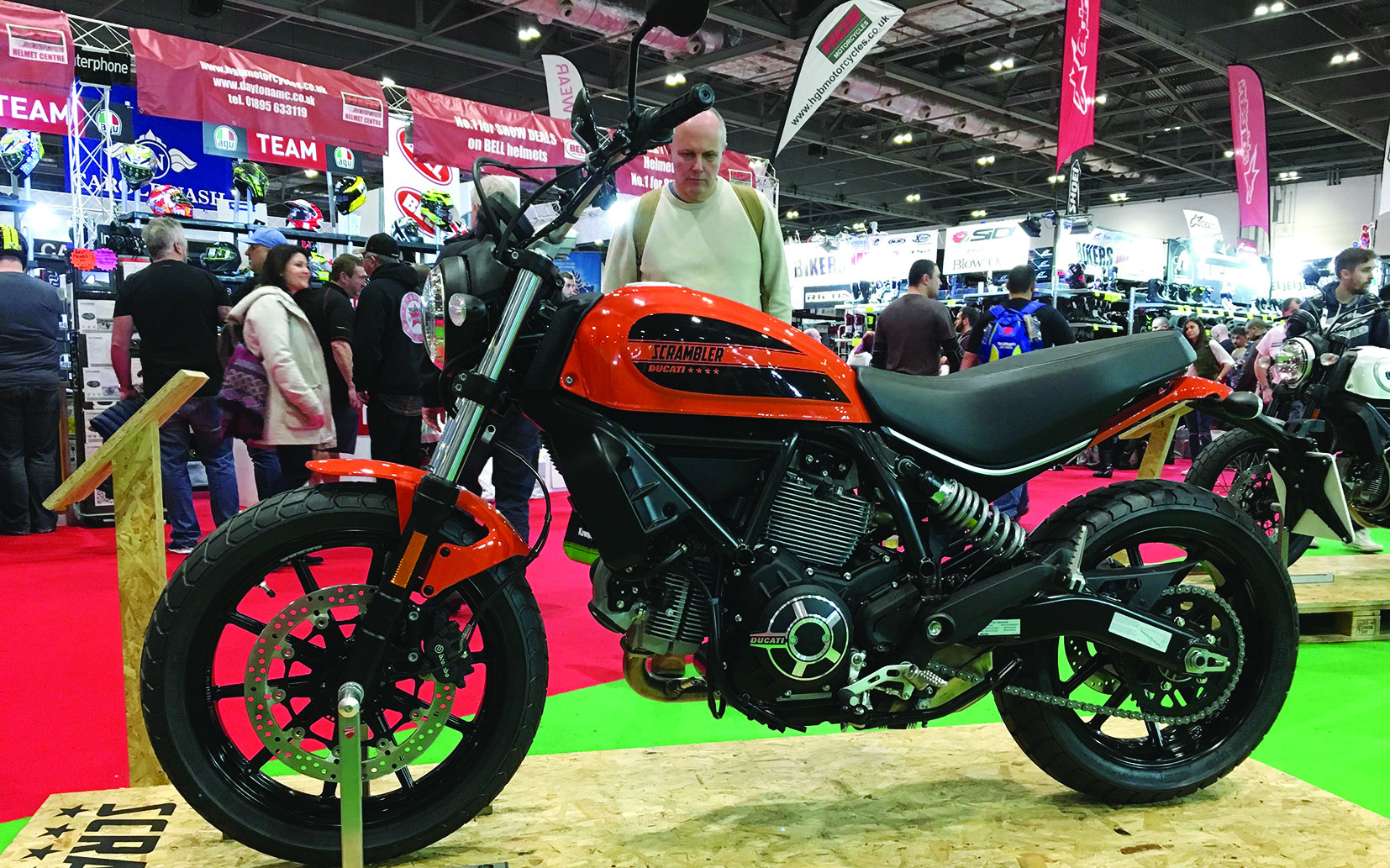 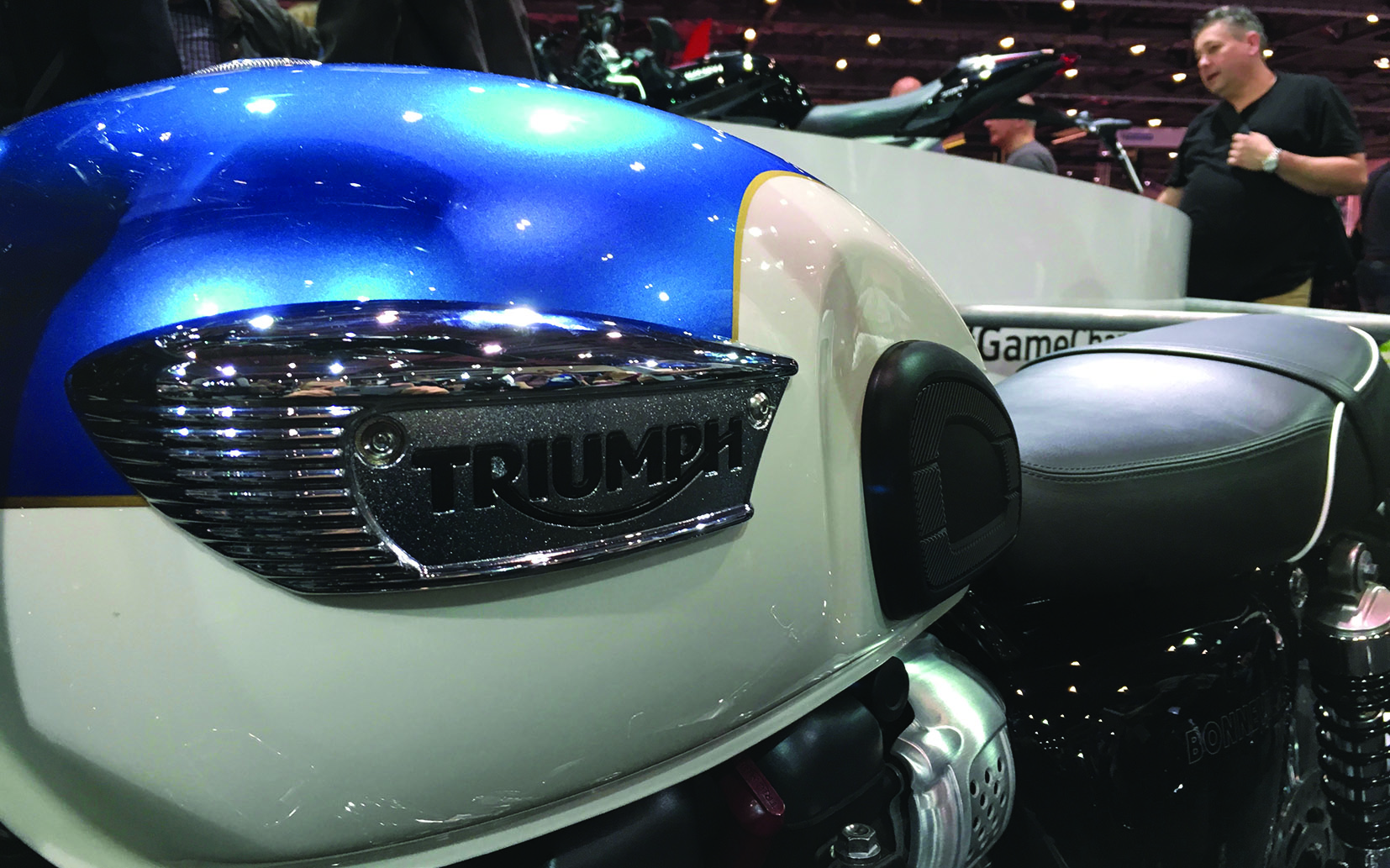 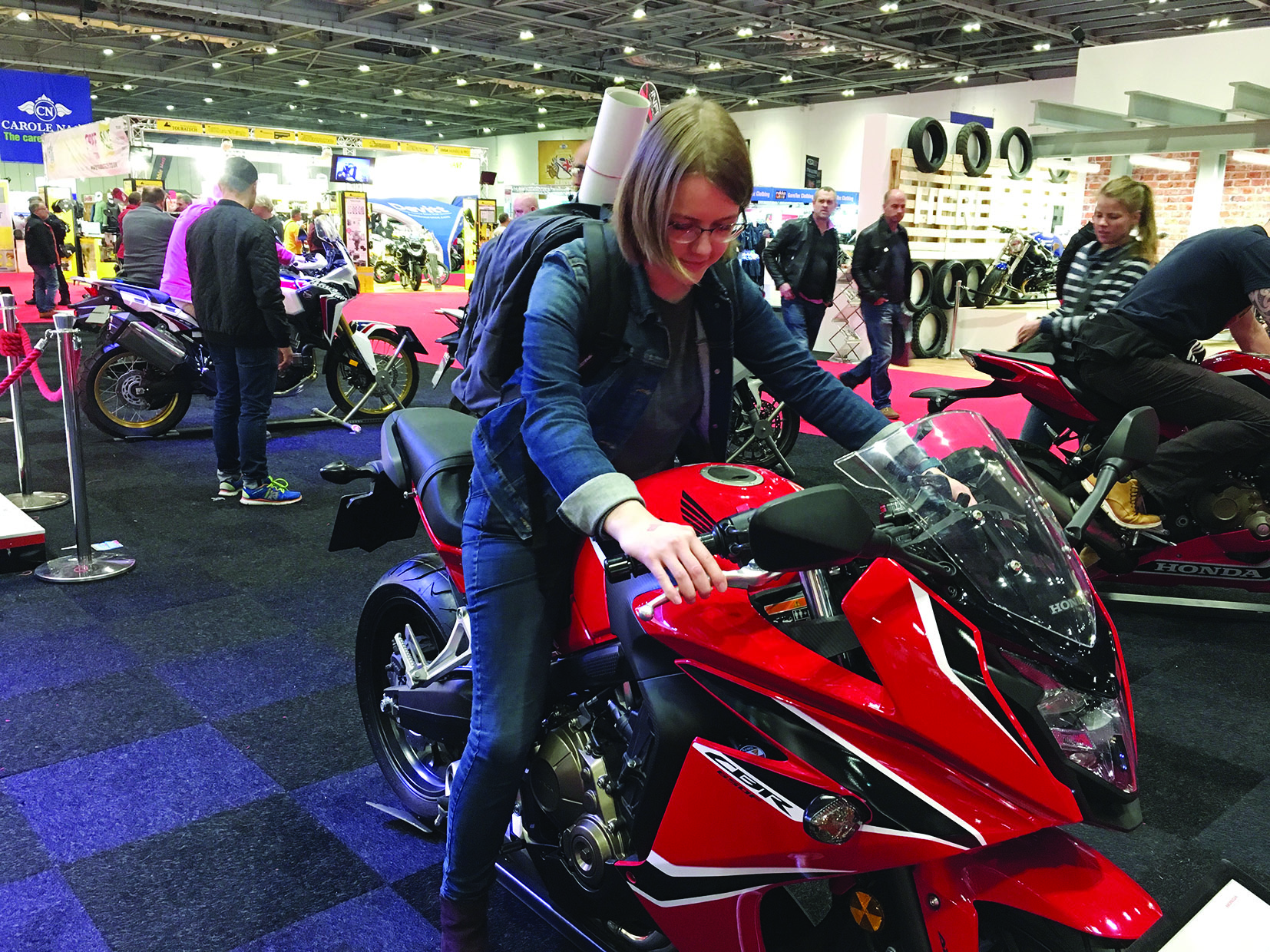 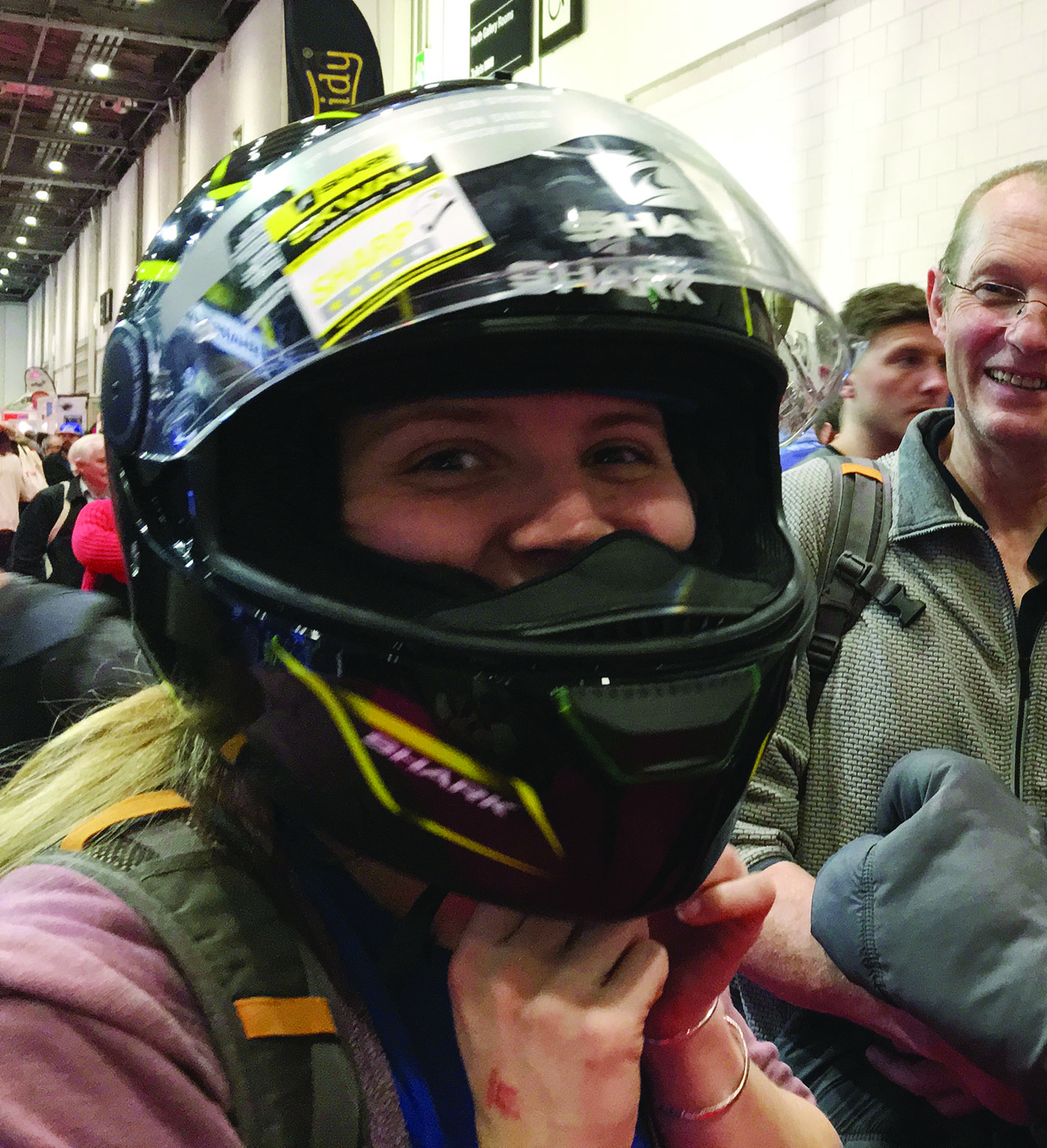 And yet, after spending the coldest, darkest, and these days, wettest months, either fighting the weather on the way to work or wistfully dreaming of drier days to come, it’s easy to see why so many of us jump at the chance to nip into town and spend another whole day fantasising about what two-wheeled wonder we’ll certainly save up for next.

This year I had an additional motive for attending. Two female friends of Rosa and myself, one prepping for her CBT and the other considering a return to biking after many years away, would be joining us. Bringing two newcomers to a modern motorcycle show must be like taking a pair of children to Disneyland for the first time. They want to look at everything, sit on everything, and ask questions about everything. And the excitement is infectious.

Some of us have been riding so long that we can take the basics for granted, but to these two, Suzuki’s new GSX-S125 was the most exciting thing they’d seen in years. Do any of you remember shopping for your first helmet or gloves? Turns out it’s pretty damn exciting.

It was also interesting attending a motorcycle show with three short women, particularly after Louise Dickinson’s seminar at the Observer Training Day on the challenges finding small, light bikes for those significantly shorter than six feet tall. I led the procession through the various manufacturer stands, pointing out the bikes I thought they might find interesting, or at least useable.

And you know, it’s funny – if you spend a day ignoring the high-powered exotica and focus on the smaller stuff you realise that the 200-500cc class has really exploded in recent years, both in choice and quality. I remember ignoring bikes like the Kawasaki Ninja 250 when I was learning to ride. It was cheap and nasty, both aesthetically and in workmanship.

But the new Ninja and Z300s are as premium as you like, with quality paint, fittings and parts. Ignore the obvious power deficit and the KTM Duke 390 gives up precious little on its bigger brothers, and Yamaha’s new R3 and MT-03 twins are clearly designed to instill as much pride of ownership as any R1 or MT-10. What’s more, weights are down and power is way up compared to the older generation of post-test tedium. These machines are pushing 44 horsepower at the top end, while barely weighing twice that of the average rider. You tell me that doesn’t sound like fun!

Even better, if you’ve spent the last few years coming to the conclusion that £10,000 is the new normal for large-capacity all-rounders, discovering that you could buy two 300cc bikes with change to spare is a revelation, and a real threat to one’s impulse control. PCP payments on bikes that cheap are barely more than the average phone bill…

This is really great news for Rosa and her friends. None of them are scared of speed or power, but it isn’t anywhere near as attractive to them as low weight, seat height and price. The fact that there’s more choice than ever for shorter riders can only be good news for all of us. I’ve never been more optimistic about the future of biking than seeing how surprised and excited these women were at discovering that motorcycling wasn’t just for tall, rich men.

And then MCN almost went and ruined the whole thing by showing up with a bunch of stick-thin models in skin-tight lycra, posing for photographs around their booth. Not a great way to make my female friends feel like they were welcome at the two-wheeled party. It was almost enough to make them want to cross the hall to the bicycle and fitness show instead, where women are treated as customers rather than eye candy.

But all in all, it was a great day out, for us and our friends. One has her new helmet, the other has fallen in love with Triumph’s new T100, and I’m trying to figure out if I could squeeze a Kawasaki Z300 in the garage. It is Rosa’s birthday soon…

Richard Tickner Charity Skydive – thanks to all my sponsors.

Many, many thanks to all those of you who made a donation to the Thames Valley Air Ambulance fund and […]

Welcome to my first ‘From The Chair’ piece. As I take over the reins from Andy Slater, I’d like to […]

Riding our bikes has to be fun and exciting. After all it gives us a sense of freedom, power, and […]