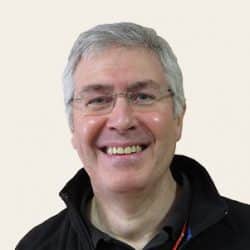 I hope that you’re all making the most of this much better weather, after such a poor start to the year.

We’ve just returned from the Observer Weekend at the Metropole Hotel in Llandrindod Wells, where the Observers discussed and developed personal plans to improve their riding, as well as put some of it into practice, of course. We used feedback from our Observer riding checks (called Aardvarks) and focused on:

Sound familiar? Yes – it’s the fundamentals of the System of Advanced Riding and something we should all be practising.

We had guests at the Observer Weekend from Bournemouth & Wessex Advanced Motorcyclists as well as Stuart Haythorn from IAM RoadSmart and Sean Westlake, the local IAM RoadSmart examiner (who happens to know the local roads very well…). It was good to build these relationships further. One of the comments I received from the guests was how impressed they were with the level of engagement of our Observers and their willingness to learn and improve their riding.

It was this willingness to learn and improve that made the Observer Weekend such as success, linking the learning from the Observer Day held earlier in the year. I’m looking forward to developing the learning and riding skills further with the Training Team, for the advantage of all members.

Taking advantage of the good weather myself a couple of weekends ago I noticed an old British bike coming the other way. I was struck by how small it was compared to most of the other bikes out on the road that day, and this was a 650cc twin – a big bike when it was new in the 1960s. I began to wonder why bikes had got so much bigger and heavier. Of course, bikes are much more powerful now, maybe some excessively so for the road, with larger engines, and more electronic riding aids, and ABS, and traction control and so on. And they go, stop and corner so much more effectively. But they’re also much bigger and much heavier. I guess manufacturers recognise that people buy more powerful and better equipped bikes and they have to compete for market share. But I do wonder if we’ve lost something by not pursuing lighter bikes that handle better, rather than just being more powerful… Do you?