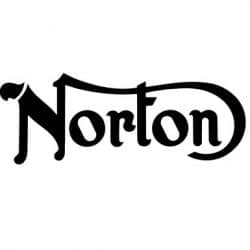 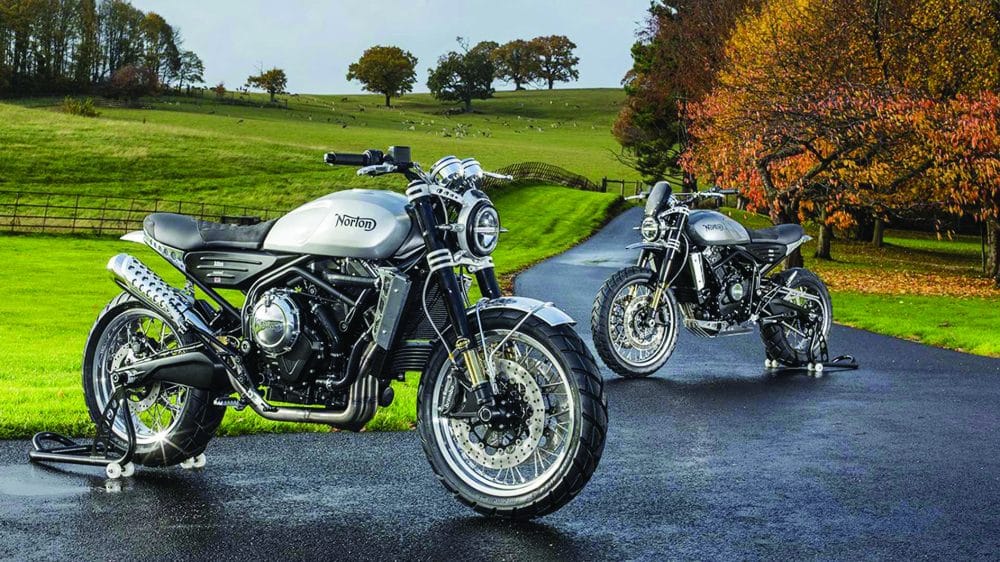 Friday dawned warm and sunny on 28th June with a forecast high of 25C, so I was glad I had booked the day off work for a ride up to Castle Donington to visit the Norton factory. What a lovely set up and beautiful place to work. Our TVAM group of 23 in total, gathered outside the main showroom entrance, posing for a photo – not exactly ‘poster boys’ for the Ride up Scheme!

The site was purchased from BMI Airlines in 2013, so as to be close to the nearby Donington race circuit. You can see Stuart Graner’s race leathers hanging in the bedroom window of his Gothic 1790 built country house. The 26 acre site, set in rolling countryside, complete with the River Trent flowing through the grounds, has space for future growth. A new Assembly Plant is already under construction to underpin the build of the new Norton Atlas range, as well as existing models.

The classic 1970’s Commando-inspired ‘961’ air/oil-cooled parallel twin looks the business and is the core model the recent company success and growth plans have been built upon. My personal favourite is the Commando 961 Street, with flattracker-inspired styling, built as a limited edition of just 50 bikes, created in collaboration with Henry Cole.  These sold out overnight and Norton have since been inundated with orders, so watch this space.

The future success of Norton hinges around a string of new model ranges which are less traditional than the 961 Commando. The stunning-looking ultramodern V4 RR superbike heads the new lineup. A model range launched at the end of 2016, marked by the introduction of Norton’s own Simon Skinner-designed 1200cc V4 engine to replace the 1000cc Aprilia engine used by the race team. It’s a 72 degree ‘V’ 4 cylinder engine producing 200 bhp and 130Nm of torque. In 2018 the Norton Superlight was launched, a 650cc parallel twin producing 105 bhp, it is derived directly from the V4 engine, just cut in half. Sadly their performance at this year’s Isle of Man TT races was a big disappointment for all their fans. 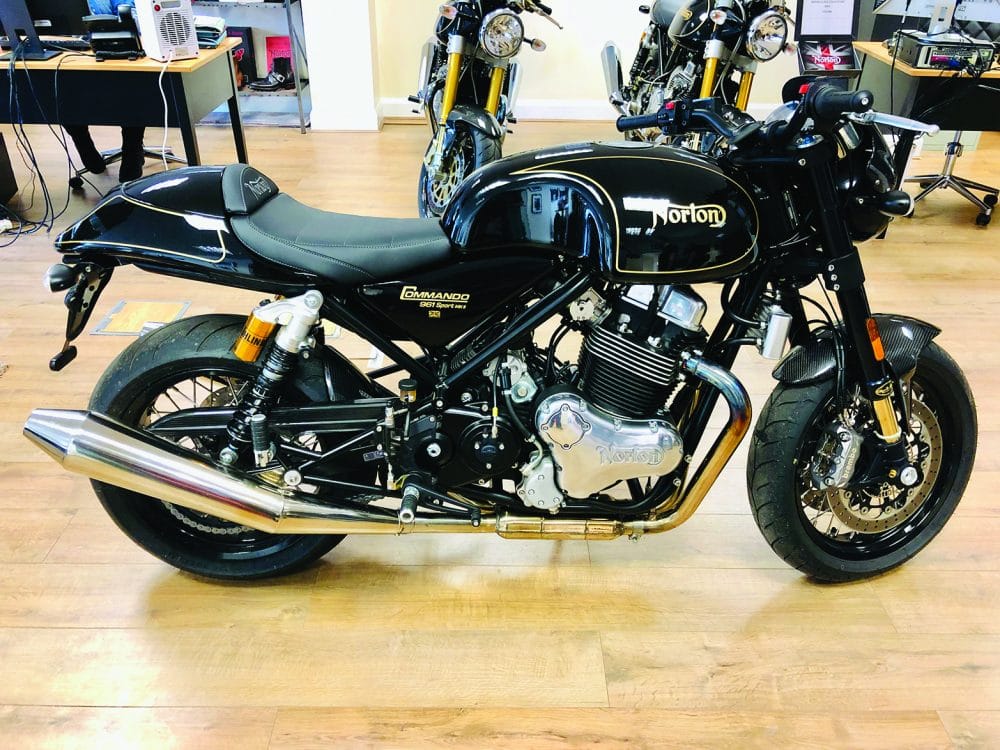 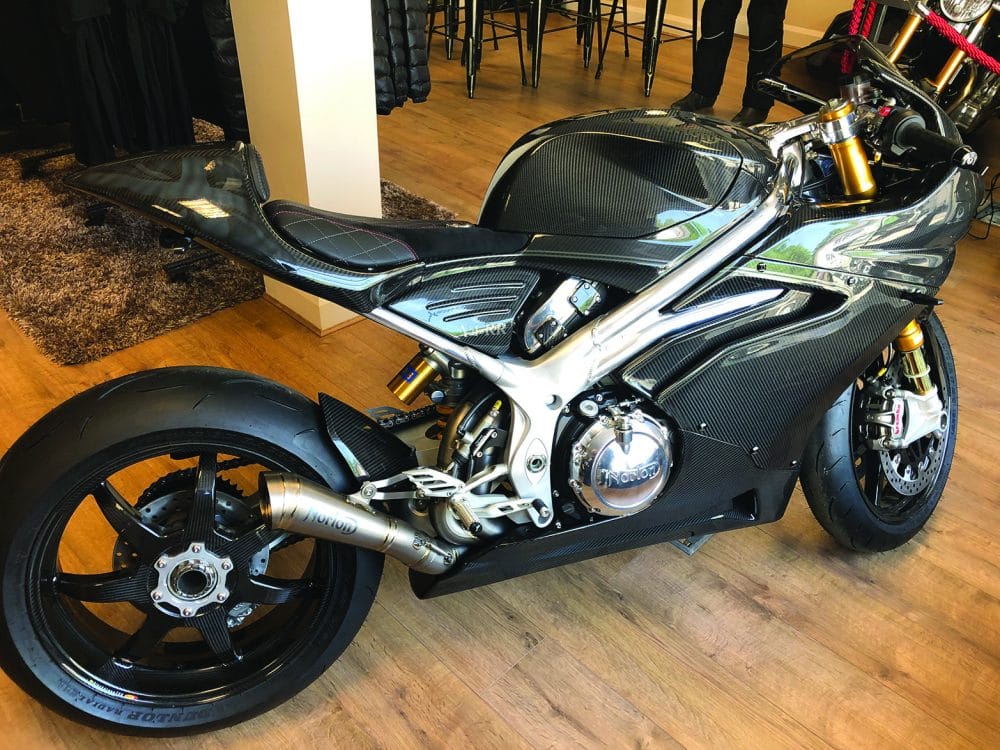 In a tour of the new assembly hall and fabrication shop, we were regailed with insights into the skill & craftmanship involved in frame and tank component production. That Henry Cole 961 Street tank takes 3 full days to fabricate from 5 different aluminium panels and polish to the finished article. I was very careful not to drop the example we were shown.

The brand new 12,000 sq ft assembly hall will come on stream by September and, as well as transitioning all existing final assembly, it will provide enough space for dedicated lines for each range, including the new 650cc Atlas retro-inspired twins due to start volume production this year. The 80 bhp twins are competitively priced at £10k for the Nomad roadster and £12k for the off-road Ranger. Let’s hope they can deliver a reliable bike and drive up volumes from the current levels of circa 500 bikes per year. It’s hard to figure how they can make money at these low volumes with the level of skilled hand labour involved, plus the extensive usage of milled from solid aluminium billet components across the range. 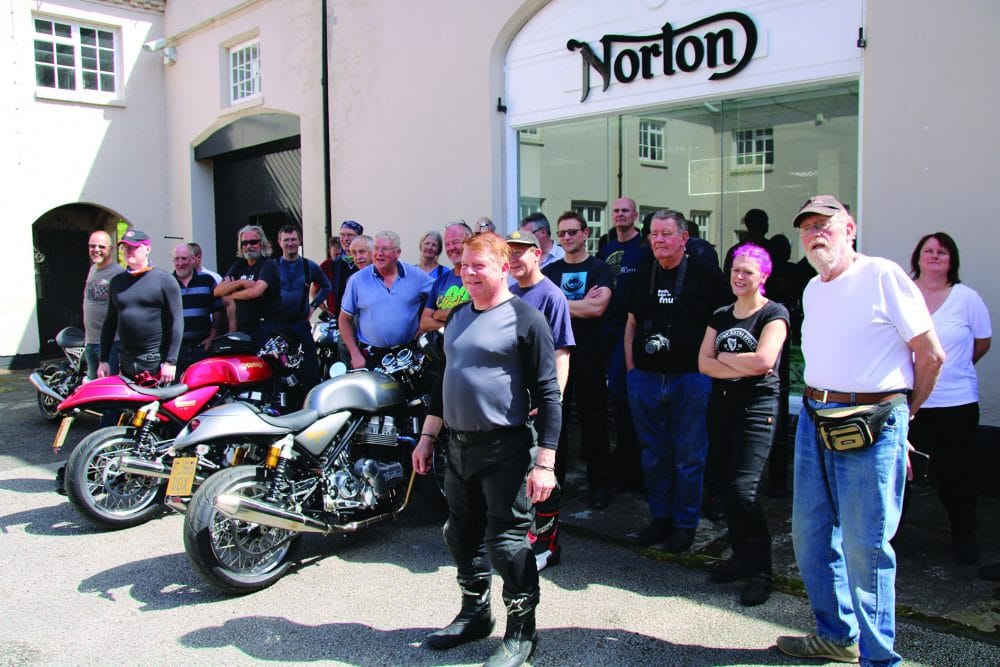 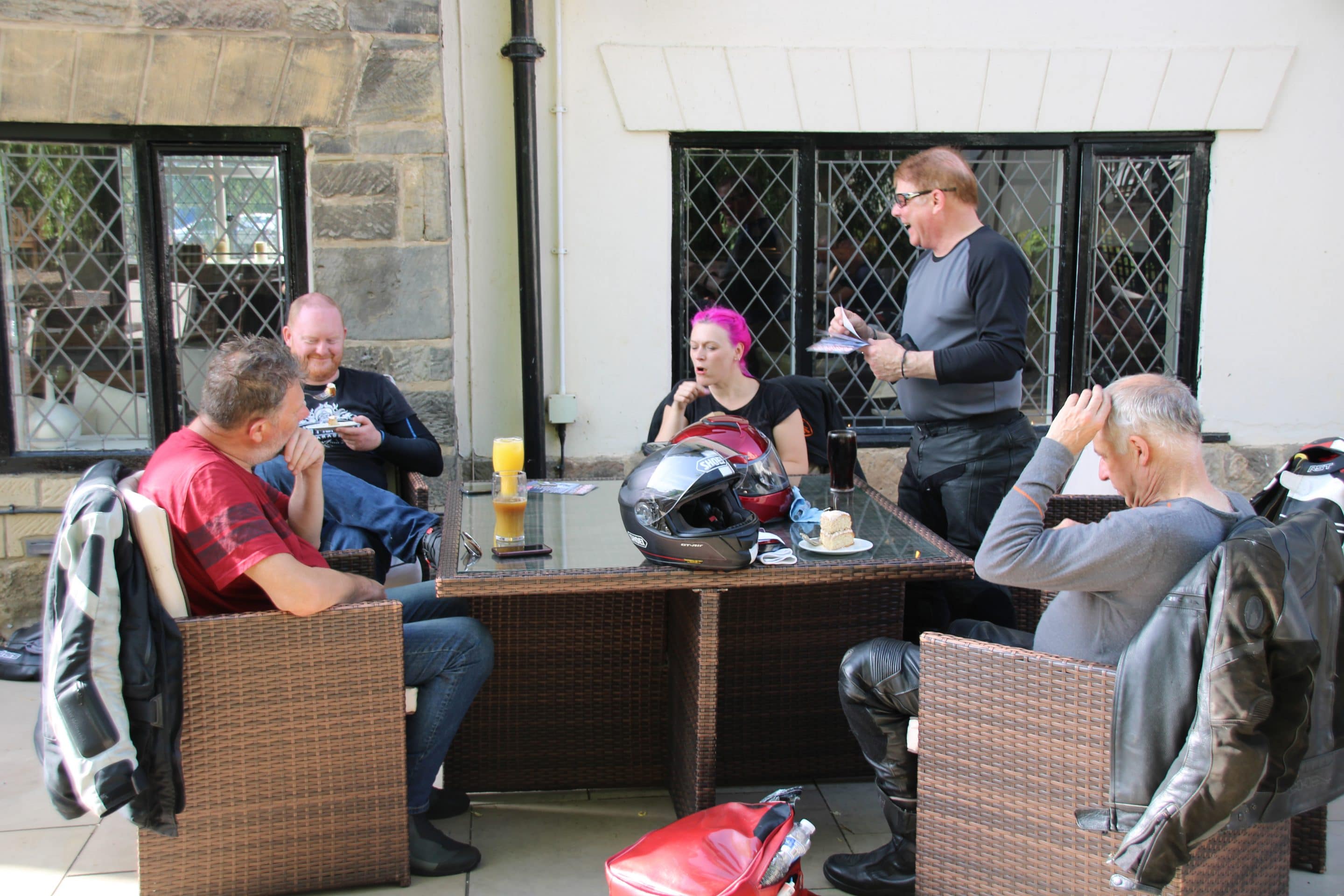 Finally after a hard day’s grafting, siting on bikes and asking all sorts of daft questions, we retired to the Priest House Hotel, set in the beautiful, 100 acre grounds overlooking the river. This is also owned by Stuart Garner and undoubtedly make more profit than his bike business.

After a sunny, relaxing afternoon enjoying tea and cake we all headed off home by various routes.  For just £15 a head I can thorougly recommend the trip as a great day out. Very interesting to see ‘Cottage Industry’ craftsmanship merging with 21st century carbon layup technology along with CNC machined componentry.